The last few weeks have been a whirlwind of big changes, new projects, a very cold learning curve, oh, and snow… 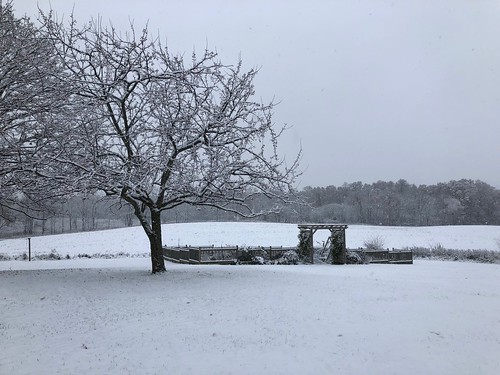 Because why not, Michigan.

So, here’s the deal. My mom and I took possession of the lake house a little less than a month ago. It was still nice (and light) enough a month ago that I had two glorious weeks of rushing home from work with just enough time to get 30 minutes of paddling in on the lake before the sun went down. 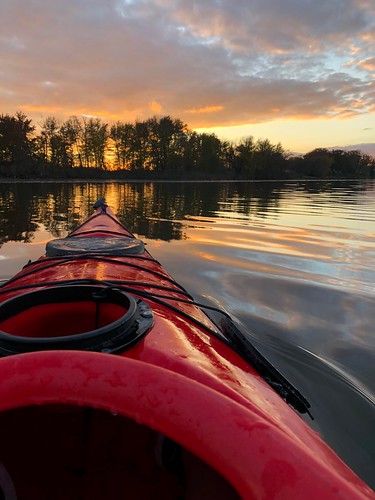 And on my very first evening out in the kayak, I came across this… 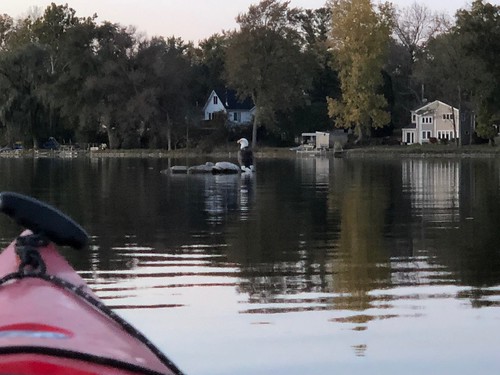 Yeah, that is a real, huge, bald eagle. Pretty amazing (especially considering I’ve lived a half-mile from this lake for seven years and have never once seen a bald eagle.)

My mom even managed to get out on the water her first full weekend at the lake. 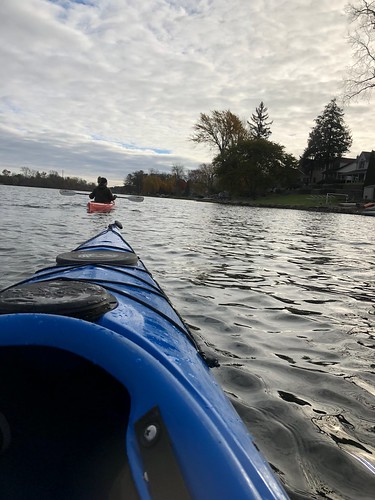 And then, of course, the snow came.

We’ve been simultaneously trying to 1.) get some furniture in the lake house (so my mom isn’t sleeping on an air mattress forever.) 2.) Spend a little time on the water before the deep freeze, 3.) Prep the farm for winter, and 4.) Prep the lake house for winter. Which, it turns out, is a lot to do in just a couple of weeks, and is exactly how I ended up in the lake, in November, in my long johns… 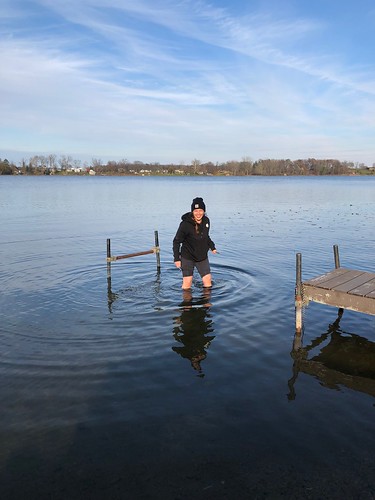 Our new lake neighbors are the previous owners of my mom’s house and have been so helpful with educating us on how things work around here. They even took most of the dock out for us, but I insisted on doing the last section, just so I could get a feel for it. 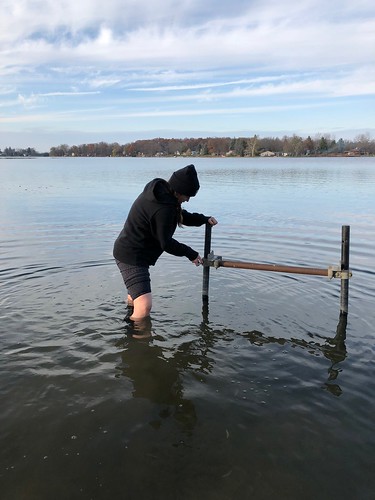 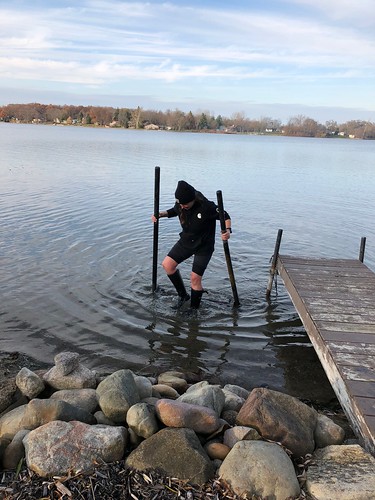 And also because I wanted to lose all feeling in my knees, apparently. 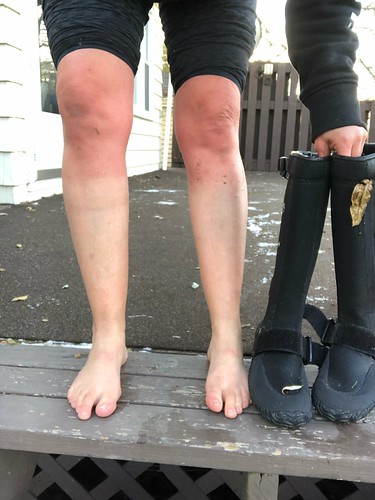 We will not be doing that task in November from here on out. (Or I need to invest in a pair of waders, stat.)

Luckily, other than figuring out kayak storage, there’s not much more that is needed to “winterize” the lake house. (Don’t get me started on the list for the farm though.)

However, we have been trying to make some quick (and small) progress on making the lake house feel more like home. 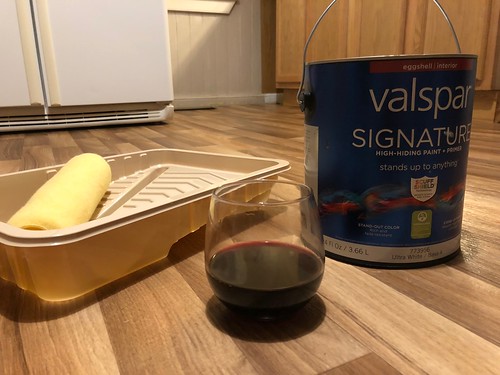 We were originally going to try to re-use some hand-me down and leftover furniture from the farm, but I really felt strongly that the only way to make the space work in the living room is with a sectional. (Which I decided by making a mock-up of a potential couch out of empty boxes and paper towels, as one does.) 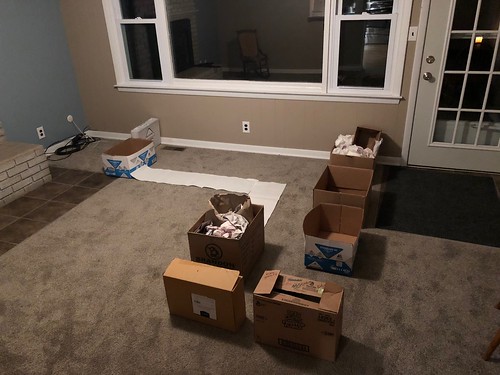 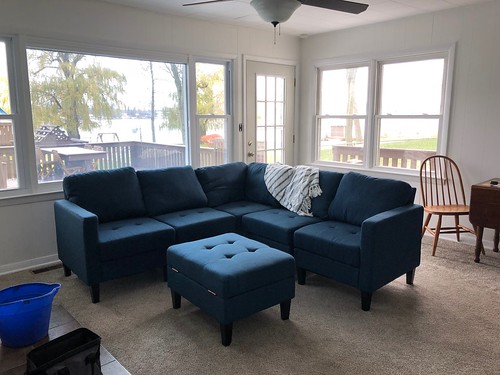 The couch is the Bayard modular sectional from Wayfair. The bottom cushions are very firm but not uncomfortable, price was reasonable, and it was just the right size for this room.

There’s still a fair amount to do in this room. We did paint the walls white, but there’s still some caulking and swapping out of electrical switches and outlets that needs to be done. And we’re working on the fireplace… 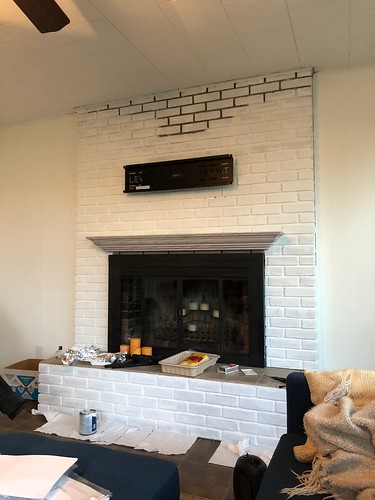 We’re also waiting for some window treatments to arrive, and keeping our eyes out for a good deal on a bistro table and some bar stools. And very soon I’m going to find a weekend to spend in the shop, knocking out some built-ins for either side of the fireplace AND for this little project I have going on in my own kitchen… 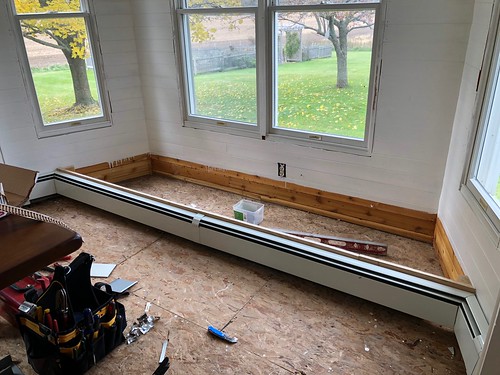 I wish we had a little more time on the lake this year, but I’ll tell you what… after a summer of travel, it feels real good to just get back to work on things. I just don’t feel like myself if I’m not covered in paint and sawdust most days. 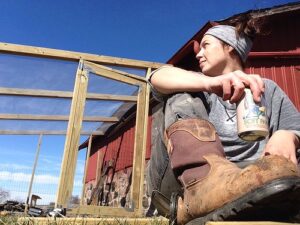