Ready… Set… WAIT! This is construction.

(I’m featuring one of my country sunset shots because it’s calming, not because it’s remotely relevant to this post, which prominently features 1.) bitching, 2.) questions about concrete and, 3.) abstractions about the meaning of life. There is one really cool thing I did with a saw buried somewhere in this mess though. Consider yourself forewarned.)

First of all I have to say this. Back in May when I moved into the garage, I tried to get high-speed internet installed in the house and route it out to our little abode, but the cable company wouldn’t do it because they are lazy were concerned lightning might hit the house and the low-voltage cable wire wouldn’t be properly grounded. Except nothing has been done to our electrical box yet, everything is perfectly grounded, and I’m pretty sure I’ve got a better chance of winning the lottery than of of the cable wire getting hit by lightning.

So for the last three months I’ve been using a “five-mississippi” wireless card – meaning, I click something on the internet and then…

It makes keeping this website up a challenge, and I get a lot less sleep because I have to spend hours waiting for my images to upload. This weeks it’s been about 20 times slower than usual which causes me rip my hair out in chunks more often than not. I think that may be a long an convoluted explanation for why this site goes dark for a couple of days sometimes. Because I’m preserving the sanctity of my hairline.

Crap internet is, however, another strong motivator for getting the house livable sooner rather than later, but you know how construction goes… when you’ve got no time for meeting subs or making decisions things move along at warp speed, and then when you want to get some damn concrete already so you can get your siding on before the deep freeze and have proper internet hooked up, everybody all of the sudden disappears.

I think I just saw a lonely tumbleweed blow past my unsided house.

That’s not to say we’ve been sitting around here doing nothing. In fact, our days have been so full that it’s hard for me to keep track of things. But here’s a big thing that happened this week:

WE PASSED OUR PLUMBING INSPECTION!!!

It deserves multiple explanation points for no other reason that because it means forward progress on the interior of the house. There was actually no question about passing or not passing the plumbing inspection, because our plumbers are awesome. I know I’m not usually effusive in my praise for professionals, but I can say all kinds of nice things about these guys.

The plumbing has been the one thing in this house I haven’t had to worry about at all, so far, and boy am I grateful for that. That’s the beginning of the frame for the overhang. Followed by the nerve-wracking task of bracing the roof off of the foundation… I am just going to tell you straight out that I do not get warm-fuzzies from this. At all. I asked the boys if there was some mathematical equation that ensured half of our house wasn’t going to collapse when the supports were taken out… apparently the jury is still out on that.

In the meantime, we have one small section of the house ready for siding… We successfully attached the sill, soffits, and corner pieces. This included making the most difficult cut I’ve ever encountered. The sills were cut at 15-degree angles, and the corners are made of a 2×4 on one side, and a 2×6 overlapping it on the other side. So in essence the bottom of the 2×6 that lands on the corner has to be cut at a 15-degree angle in two different ways…

If you look at this long enough, it will boggle your mind. MysteryMan didn’t believe I knew what I was doing right up until this moment… I’m just a saw blade off on the short side, but it’s still pretty impressive considering I didn’t try this out on a practice piece and I had to go through serious mental gyrations to get there.

There’s supposed to be concrete setting on my very own back porch right this minute, but instead  there’s just a big empty frame where my hopes and dreams used to be.

Did you know you can’t pour concrete if it’s too windy?

And that means we get four more whole days to obsess about the color of the concrete going in. I have nightmares about this stuff. I think Nicole said it best in her comment…

This is really hard. I found those samples to be so overwhelming the only thing I’ve been able to do on my renovation this week is buy new work gloves… You have to decide soon so I can stop worrying about this.

A-men Nicole. And I’m radiating so much stress through this website that I’m now negatively affecting my readers. Hey, readers, not to get all sappy on you, but I really love you guys.

Seriously, I don’t say it enough because I’m too busy running around in insane circles with my hammer, but you give great advice, encouragement, inspiration, and you all make me laugh when I need it most. So thanks for that.

And none of that is the bad news, the bad news is that I defaulted and made MysteryMan decide on the concrete colors at what I thought was the last minute. He went with what I think is the equivalent of this (because I’d been saying all day, more gray, less brown)… 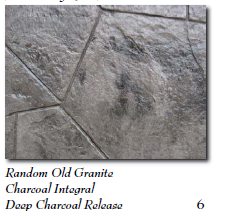 But then I came home after the concrete pour was delayed and saw this sample, and I really think it might be the one, even though it’s definitely more brown than gray. 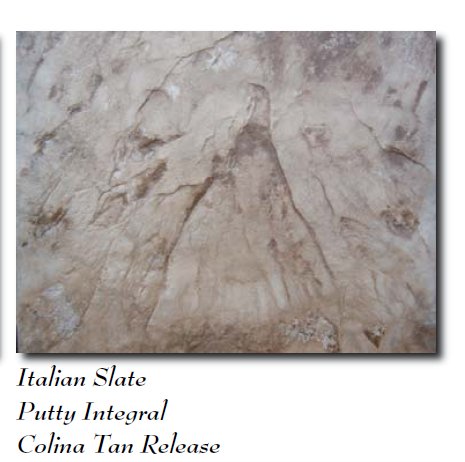 The bad part is that this post will have to be published posthumously because MysteryMan will have strangled me to death long before you’re reading this.

Apparently he reached his limit yesterday when he tried to search for “gator integral concrete color” by typing it into google, and as usual he clicked on the first link that came up and then his jaw hit the table because google had delivered him back to this very website. He was all, I live with this crazy woman every day in a garage, and I can’t even get away from her ON THE GOOGLE?!

Okay, and I snickered a little when he told me that story. I probably deserve a good strangling.

Final decisions coming up soon so feel free to weigh in on: 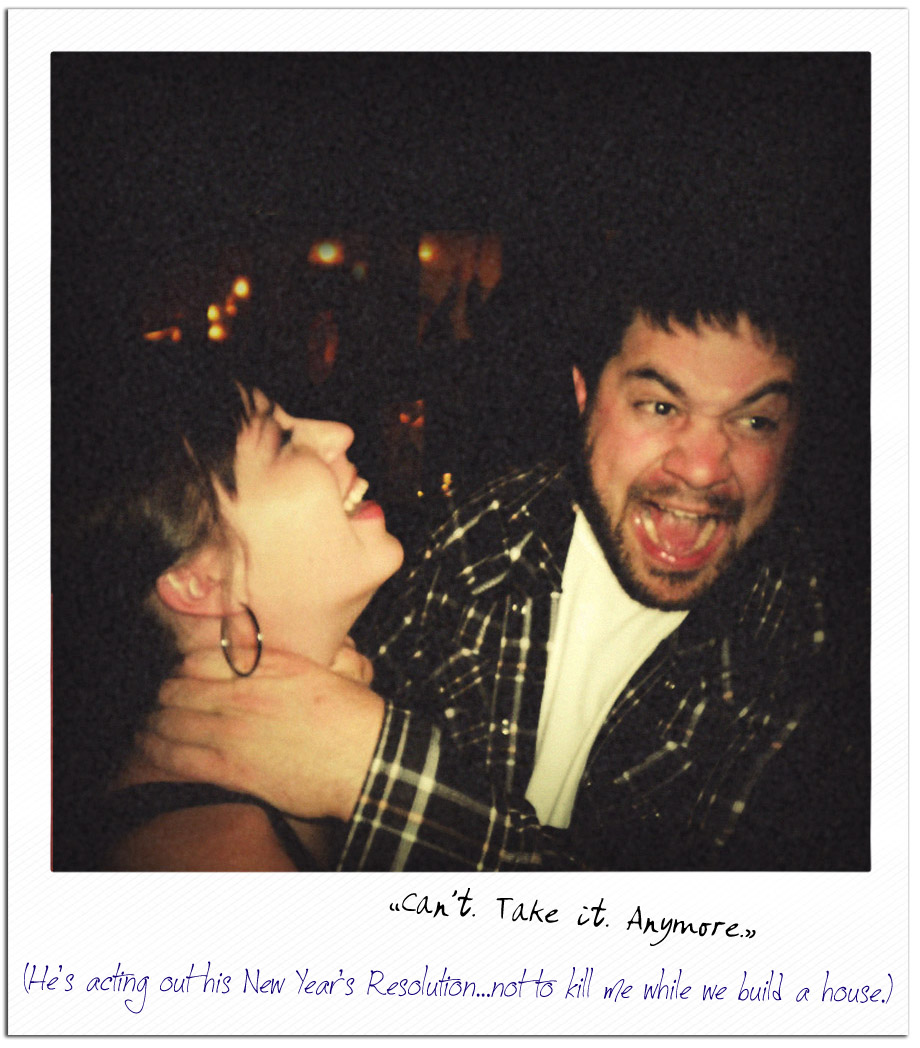