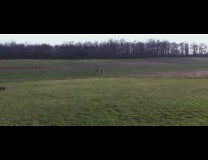 PrevPreviousHalf a Fence, Three Times the Pasture
NextAround The Farm: No Longer NuggetsNext