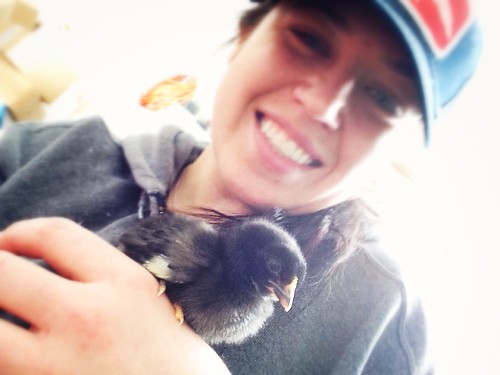 That’s not a flashback to last year, that’s a whole new set of Nugs that have come to live on the farm. Nuggets 2.0, if you will… 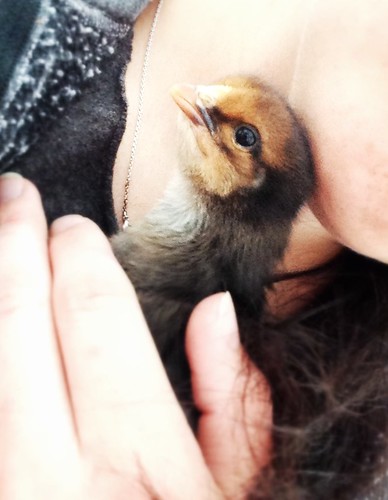 You might be wondering if I lost control of my animal-hoarding tendencies for a minute there, and the answer is… yes. Obviously.

Actually, I’ve been planning to add to my little flock since last Summer when I built the much-larger chicken coop, which can easily hold a dozen chickens. And I figured I’d get chicks sometime in March like I did last year, but– and here’s the mind-blowing part– it’s March. Like, right now.

Did you just fall out of your chair?

So, I went into Tractor Supply to stock up on the usual stuff– pine shavings and chicken feed– and seven steps into the store I heard the tiny little chirps that could only mean one thing. CHICK DAYS! 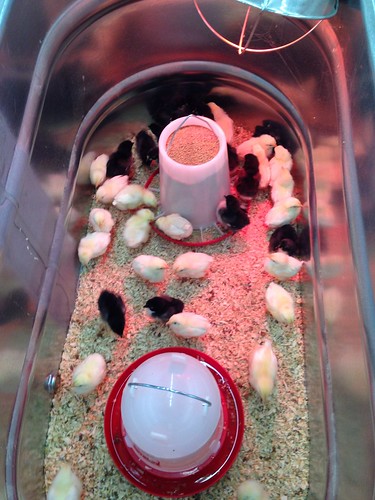 And while I did get six new Black Rock/Sex Link chicks to add to my flock, you have to give me credit for not buying a dozen baby ducklings on the spot. There is nothing more adorable than baby ducklings.

Although napping Nuggets are pretty close.. 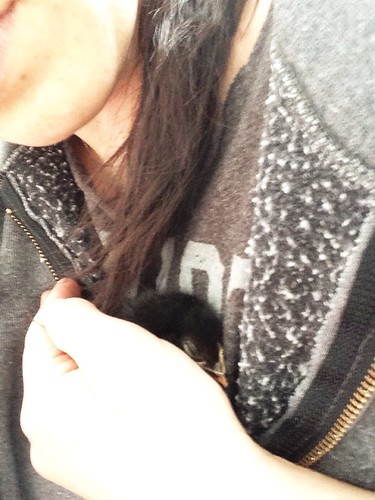 These Nugs must be about a week younger than the ones I brought home last year, and have so far proved to be not nearly the drama queens that these nuggets were when then came to the farm last year… 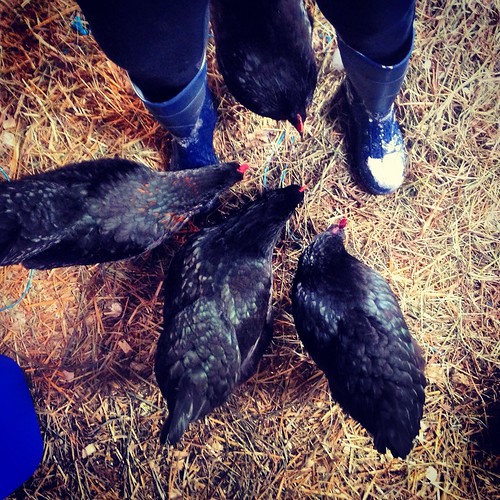 These younger chicks actually quite enjoy a good snuggle… 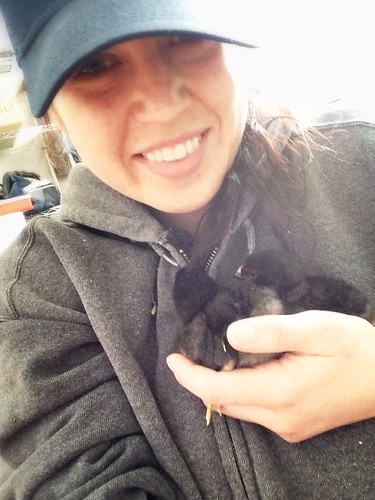 And a few have perched on my hand for a bit… 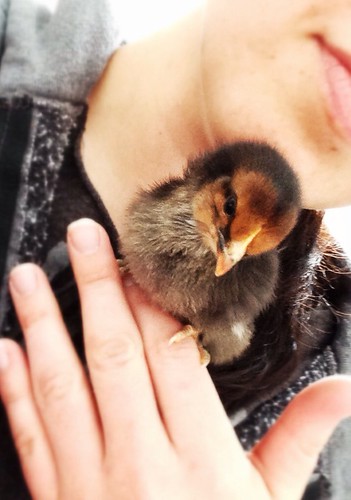 Seriously? The cuteness is overwhelming.

After a year of keeping my small flock, I am far, far from being an expert. But I’m also in a place where randomly picking up a six-pack of baby chicks while out and about doesn’t throw my life into a tailspin. And now, with a little perspective, here are the things I would have told myself a year ago when I brought my first chickens home…

For the first 4 weeks:

For emergencies (which I recommend having prior to any actual emergencies):

Things You Should Do:

1.) Keep them secure. In my case, Nugs 1.0 and 2.0 have both been set up in the unfinished downstairs bedroom of my house. Not everyone has this luxury, but if you keep them in a garage or anywhere else that has holes that could fit something the size of a rat, those chicks won’t last long. I’ve heard stories.

2.) Build trust early. I learned to spend a lot of time just sitting around with my hand in the Nugget box, letting them get used to the fact that it’s not a HORRIFYING MONSTER OF DEATH.

3.) Buy food in bulk. Last time I bought the small bags of chicken feed every couple of weeks. There’s no need for that. Buy the big bag, they’ll eat it all before it’s time to move on.

4.) Give vitamins early. I think the lack of vitamins let to the crooked-toe on one of the chicks last time, so I’m planning to use a little vitamin powder in every other water fill-up for the first 4 weeks this time around.

5.) Have a signature call. I started this with the last batch of nugs… every time I give them a treat, I whistle the same two-tone notes. Now they know the sound means “treat” and come whenever I whistle. This especially helpful when they’re free-ranging.

6.) Have a separate outdoor pen for “nature time” when they’re still little. Last spring I disassembled and reassembled the dog-crate every time I took them outside before the big coop was built. This was a major pain in the ass, so I’m planning to build a temporary pen for them to experience a little outdoor time before they’re fully ready to move in to the big coop.

7.) Build the coop early, if not before the chickens even arrive. Last year I was pretty much in a constant state of panic over coop-building. I got the first one done, took a breather, and before I knew it, Winter was on it’s way and the larger barn-coop needed to be done. This year, I have to build a run behind the barn, but other than that, I’m all set for coops for hopefully ever.

You Should Know This Stuff:

1.) Chickens are awesome. They have crazy little personalities, are hilarious to watch, and get really excited to see you when you come home from work at the end of the day. You will want far more than you actually need.

4.) Chickens and cats get along just fine. Eventually. 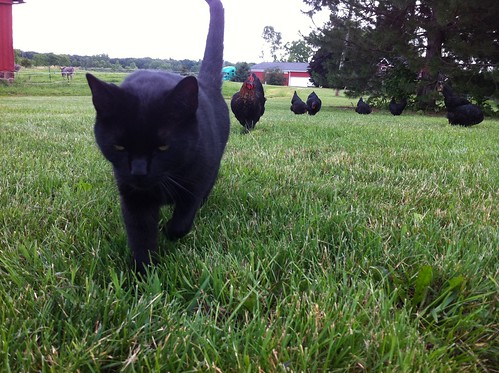 5.) Free-range chicken eggs are nothing like store-bought eggs. And also, stop overcooking them… do this instead. 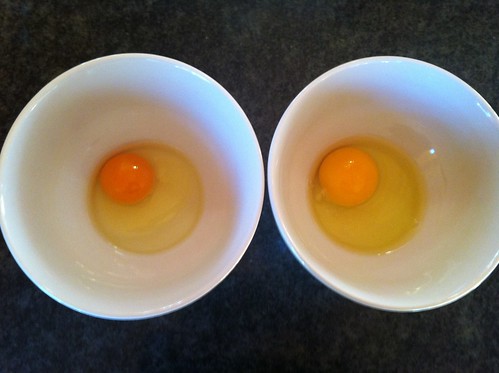 6.) You will spend more time than you ever imagined explaining to people why you don’t need a rooster in order to have fresh eggs…

Also, that cat would like everyone to know, just for the record, that he is still getting more snuggles than the Nuggets… 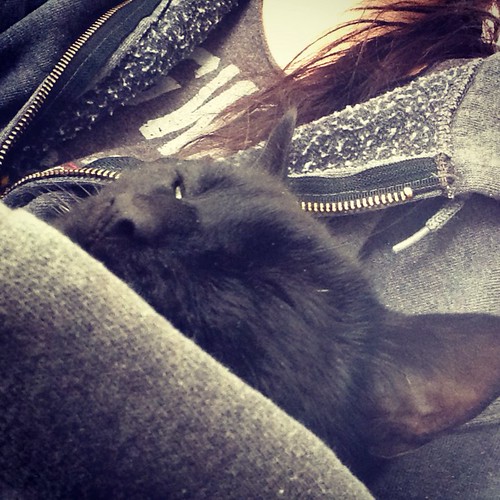