The Merging of the Nuggets

It turns out there are a lot of theories on when to move young chickens in to an established flock. Some say you’ll know when to move them outside based on age. Some say based on size. As it turns out, my personal metric is how many steps you can get in to the house before you realize there are chickens living inside it. Ten? Yeah. Ten or less, and it’s time for those Nugglets to move out. 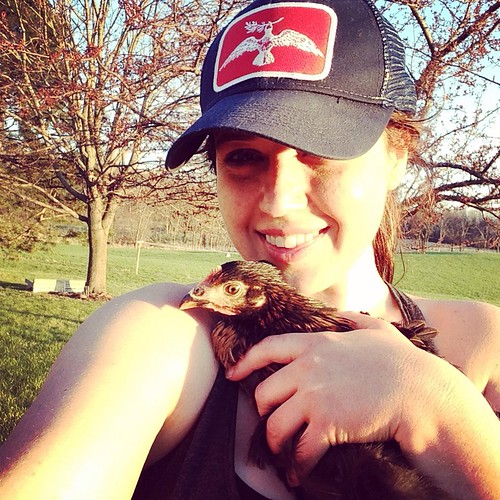 Yes, Nug. I’m talking about you.

Honestly, it was starting to smell a little chicken-y in the house, but the little Nugs are also rapidly outgrowing the dog crate they’ve been living in, and it’s time to give them a little space to spread their wings and do other… chicken stuff. Like poop outside. The thing is, older chickens are kind of assholes to new chickens.

I know this because a.) when my insomina is bad I stay up all night reading chicken message boards (yeah, that’s a thing), and I also followed the harrowing tale of Cora over at Bonafide farm, who was pretty much scalped by the older chickens when she was added to an established flock. (Warning: there’s a little bit of chicken gore in those pictures. On the bright side Cora pulled through.)

So let me just say that I’m properly stressed out about this. I’d like to think my Nuggets are less assholeish than most (I mean, one did steal a bite out of my sandwich once, but in her defense it was a good sandwich) but the truth is that an established pecking order is necessary for a happy flock. My job isn’t to try to make them play nice, but to orchestrate the Merging of the Nuggets in such a way that everyone gets to keep most of their head-feathers. Including me. 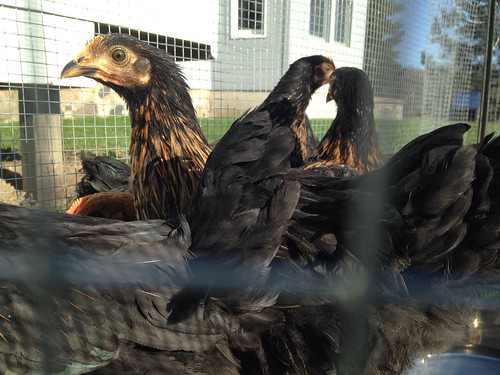 Just a temporary pen made from a few fence stakes and wire that they hung out in for a few hours on Saturday and Sunday. 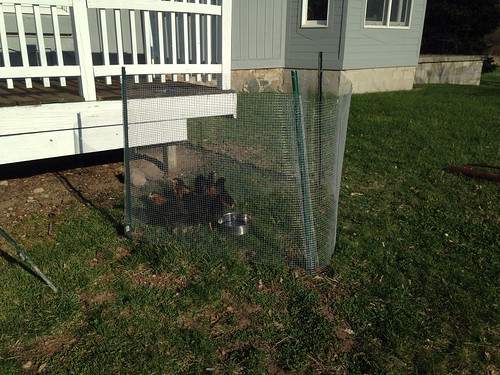 I planned to give them a little outdoor time when I could this week, and then move them in to the big coop this weekend. Then I read a few articles that suggested a “playpen coop” inside of the big coop, where the chickens can get accustomed to seeing each other without the opportunity to peck each other to death.

Tuesday night, mid thunderstorm, I moved the dog crate out to the coop. 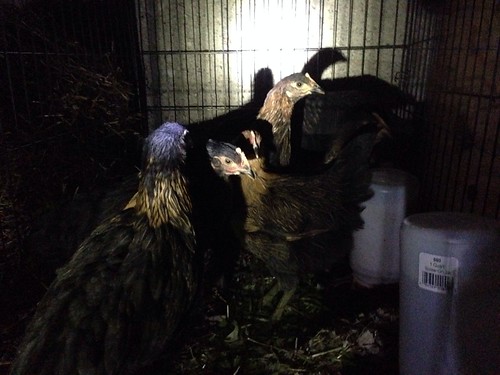 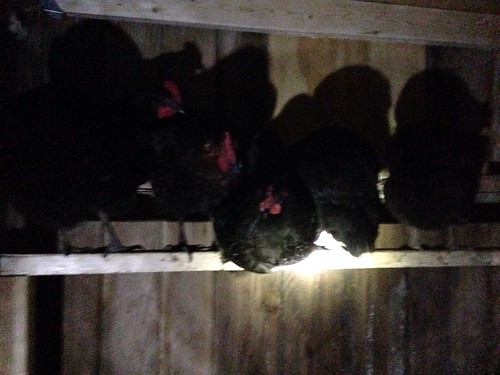 Since then I’ve been giving the little nugs supervised time out of the crate in the evenings after the big chickens have gone up to roost. 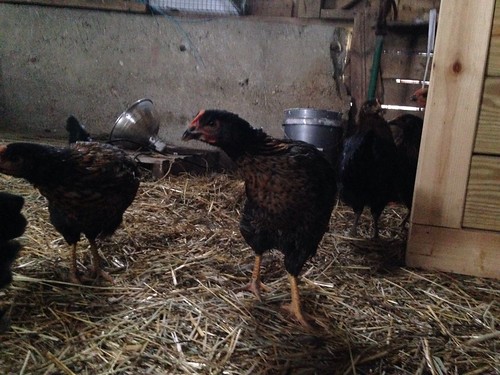 The plan for the weekend goes roughly like this:

Sometime in there I’m hoping to finish installing my new garden beds and walkways as well, and make some progress on the chicken run.

EDIT: I’m working from home today and decided to let the chickens do a little mingling this morning. Then I got nerved out that someone was going to get pecked to death, so I did this: 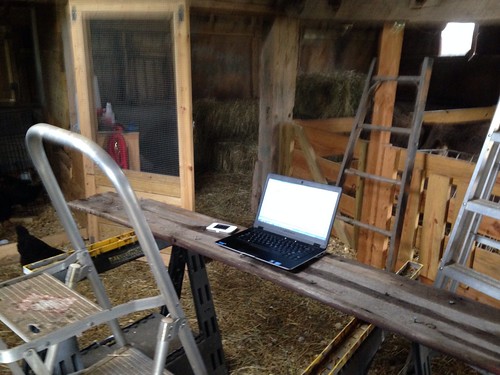 That’s normal. I’m going to be the first person to ever contract tetanus by sending emails…