In the Garden: 2 Summer Salads

Since I got a bit sidetracked from my plan to buy lumber and build a chicken run over the long weekend, I decided to spend a little time on some other long-neglected work around the house. Or, rather, in the garden.

Remember when it used to look like this three months ago?

It’s a bit of a jungle and it needed some major weeding, tending, and harvesting. 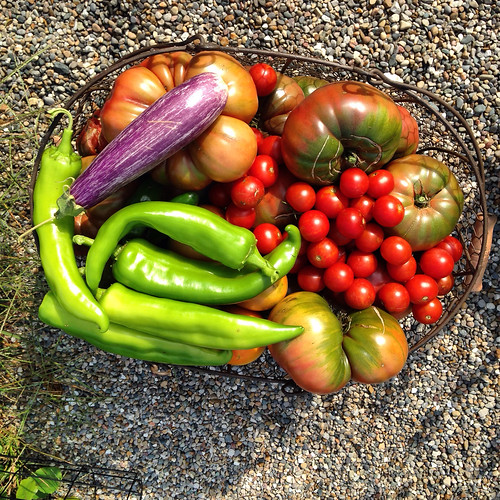 Most of my tomatoes are cherry or black krim, and unfortunately all of the plants in the garden have caught some kind of blight (I hear it’s making the rounds up here, and these heirloom versions are less resistant than others.) 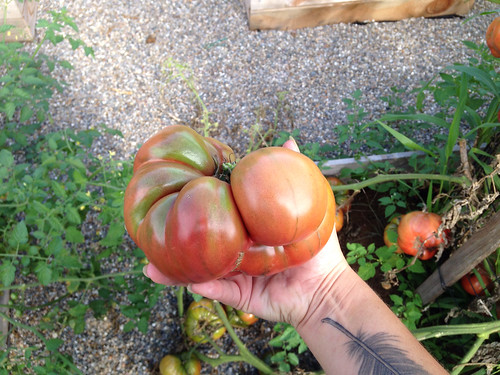 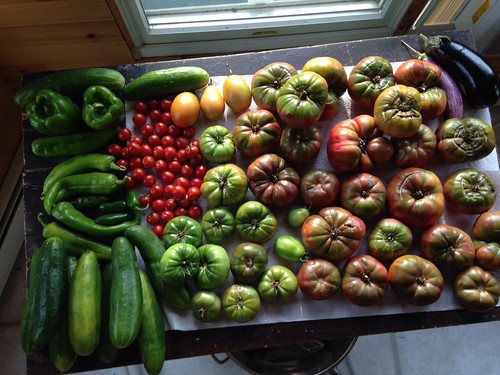 The peppers, kale, eggplants, and cukes are still going strong, and one of the best things about this time of year is ALL OF THE FOOD. I’ve been mixing things up into a few different salads (doesn’t hurt to be dating a guy who owns a restaurant and has a lot of good ideas regarding farm-fresh produce) here are a few ways I’ve been eating the harvest… 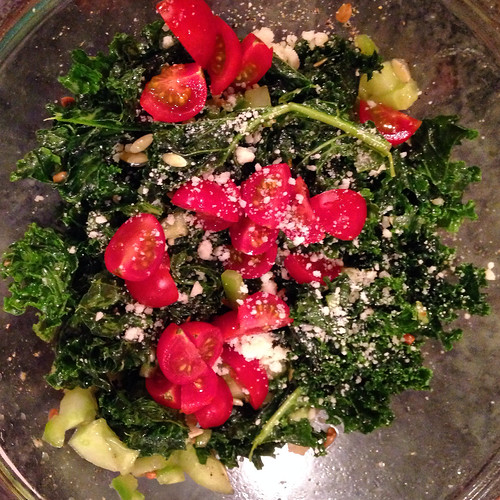 I learned that trick to making kale awesome is to massage it with olive oil and salt. (No joke, it works… the kale becomes much less bitter and tough.)

For this salad I added in green pepper, tomatoes, cucumbers, and a little garlic from the garden, along with sunflower seeds and some Parmesan cheese from my fridge.

The dressing was something we whipped up that had salt, pepper, vinegar, mustard, lemon juice, and red pepper flakes in it. I have no notes on quantities, but I think the rule is “toss as much of those ingredients as you want in the bowl and mix everything up.” I’ll be delicious. 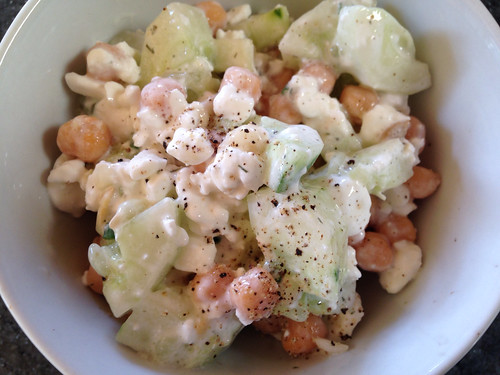 This is actually one of my own staple recipes, probably because it just combines ingredients I typically have on hand. Here’s what I usually use:

Just dump everything in a bowl and mix it together. Sometimes I add sunflower seeds. Usually I end up eating the whole bowl (which is crazy, this makes a really, really large bowl.)