Settling In For Winter

It’s about that time, you guys. I woke up one morning last week and the farm looked like this… 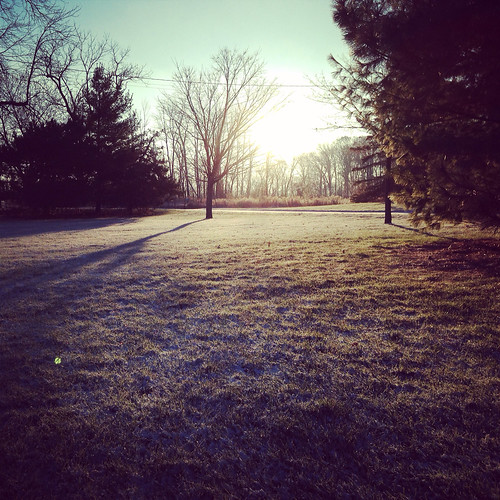 That’s definitely snow. A light smattering of snow, but still… 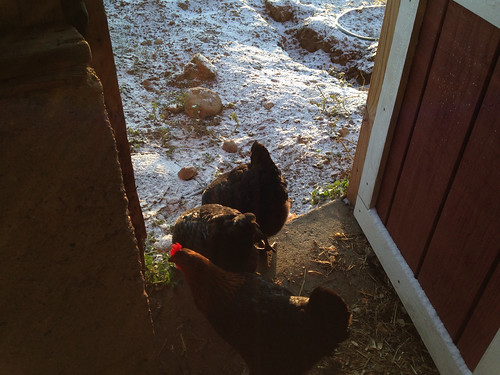 The Nugs were not amused. It’s happening already…

Honestly, to some degree I feel like last winter gave me such and epic beating (body and soul) that as soon as three flakes of snow fall from the sky I flinch and want to run and hide, but there are still things that need to be done around the farm. So, this weekend was for chores and settling in.

I packed all the garden and lawn gear into my fenced in storage area: 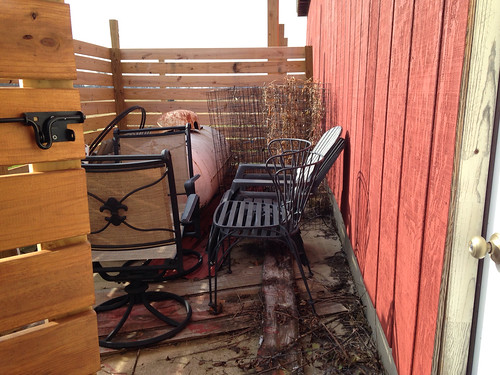 This is one of the reasons I decided to fence this side of the barn it. It could still do with some organizing, but definitely looks better than previous years. 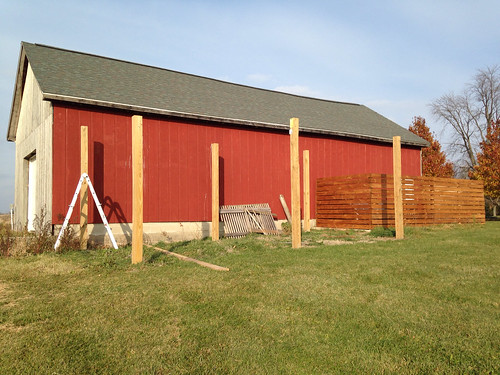 I also finished cleaning out the last of the garden: 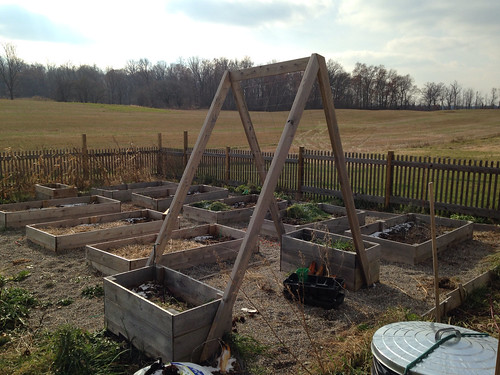 Craziness. I know this happens every year–the waxing and waning of the growing season–but it seems I just barely get a grasp on more-tomatoes-than-I-know-what-to-do-with and then everything is dead. And it’s freezing out.

We topped out at 29-degrees this weekend, which meant I also spent time putting and extra layer of bedding in the coop and donkey stall, and also found a secret nest of eggs up in the hayloft while I was at it… 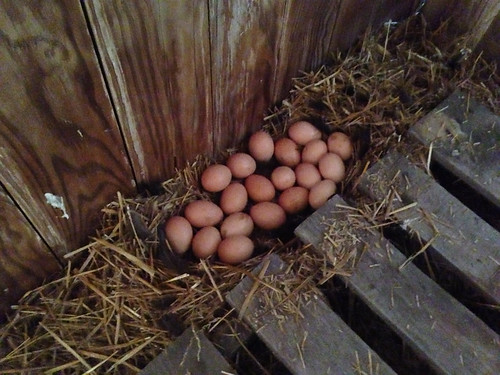 The heated water buckets got plugged in (way easier since I now have legitimate electrical service and outlets in the barn.) As long as they weren’t expected to touch it with their feet, the Nugs were unfazed by a light dusting of snow… 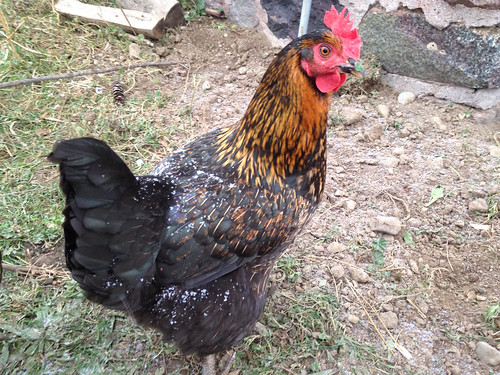 I also took some time to refill my gas cans (I keep about 20 gallons of diesel, and 10 gallons of gas on hand at all times, because reasons…) and also do a quick check of the exterior of the foundation, WITH HELP, obviously… 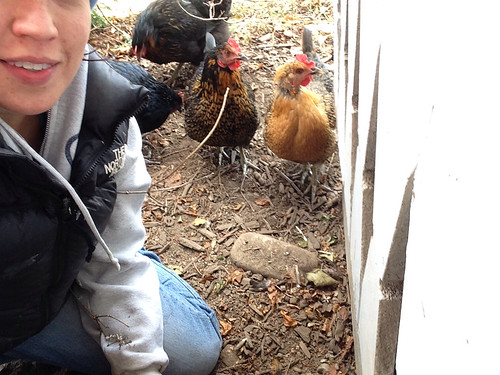 I’m not thrilled with some of the things I’ve found, but since it probably isn’t going to get to above freezing until April, so I’m just going to need to make tuck-pointing a priority in spring. 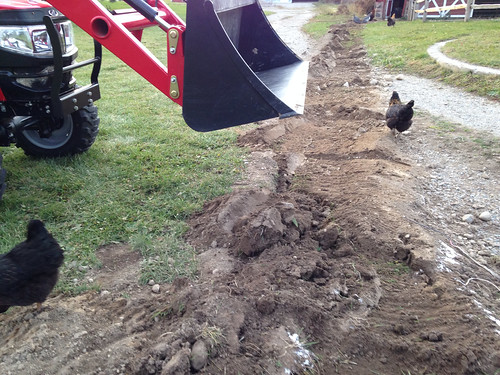 My neighbor actually saw me doing this and came over to help (because I’m getting good at using the tractor for these kind of things, but he’s way more adept at it… and so helpful. My neighbors are the best.)

I’m about done with “outside” work for the year, although I made sure to take a little time this weekend (even in the sub-freezing temps) to just sit outside and enjoy the place… 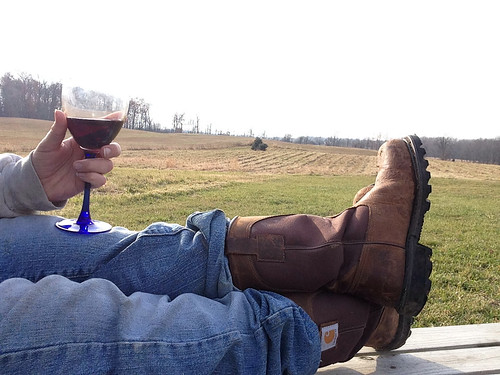 If you’re one of those people who gets a sense of satisfaction when other things check things off their lists, here was my “get your shit ready for winter” list, with the appropriate strike-throughs.

1.)    Barn Work – Yes, I spend more time working on the barn than the house, but more things live out there than in the house too. Here’s what needs to be done:

2.)    Prep for animals- Running out of hay in the middle of a snowstorm when my truck won’t start is a bitch, and it’s not happening to me again this year.

3.)      DONE (There’s just one small thing we need to do before this is all the way finished. It involves a 28′ extension ladder and the bucket of my tractor… let your imaginations run wild…)

4.)    Have wood-stove hooked up in garage (Bastards have not called me back, so I may or may not do this myself…)

The good news is, all but 2 critical items are checked off that list. I still need to stock up on hay (I still have a good 10 bales from last year so don’t worry about the donkeys going hungry) and I’d like to get the cross braces (even temporarily) up on the pergola so that the posts don’t warp during winter.

That’s going to be a cold and miserable job that will require quite a bit of cleverness as I am one woman, and those are 14′ 2×8’s that need to be strung up. But it needs to be done, and I had all summer to do it… this is my penance. It will be done next weekend, no matter how miserable the weather is. The rest can hold until spring…

And, as for other things, I’m still working towards being able to heat my chilly bones in a proper bathtub. I’m also working on those primers for all the things you need to know to remodel a room that I mentioned last week. Those damn things take just as long as I thought they would (and more) to write but I’m half-way through a decent primer on electrical and hope to post it for ya’ll this week.

Until then, stay warm people. It’s cold out there.