Can I just start by saying, holy shit… year seven?

I mean, what the hell have I been doing for the last seven years? (Besides digging post holes, because… obviously.)

Here’s what’s crazy about that. 1.) I am way older than I realized. Like, I don’t think about it much, but when you make me sit down and do the math, I am much, much closer to 40 than not. And yet, still drinking beer and making slightly-irresponsible (and awesome) decisions regarding power tools, so… some shit never changes.

Also, 2.) There was a time–a little more than seven years ago–when I was convinced the “best” years of my life were already behind me.

Not that I consciously put much stock in my age, but I was post-30, I’d put a ton of time and energy into building a house that I never really ended up living in, and once I moved out I had no idea what I was going to do next.

The point is… that girl seven years ago? She had no fucking idea. Just randomly drove over a hill one day… 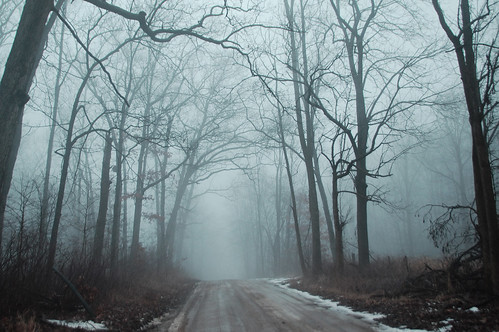 And found this place. 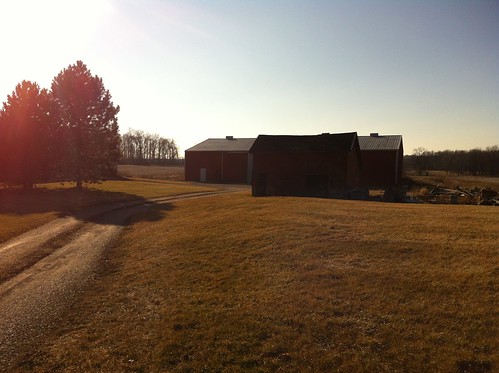 And it turns out my very best years were not behind me, but in front of me.

I had no idea how strong I was. How much weight I could carry. How many problems I could solve. I had no idea the many ways this place could break my heart, and fill me with joy, and teach me about the kind of person I want to be. 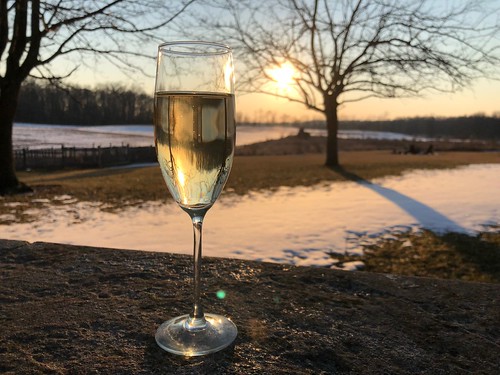 And yet, here we are.

Taking my seventh victory lap around the farm.. 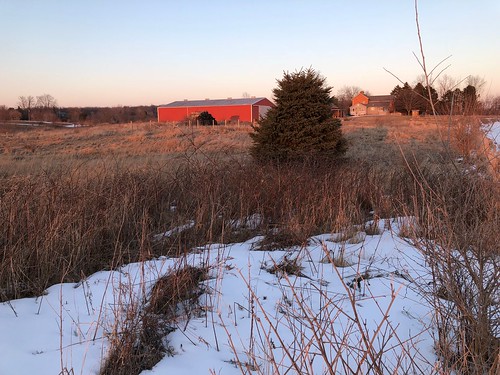 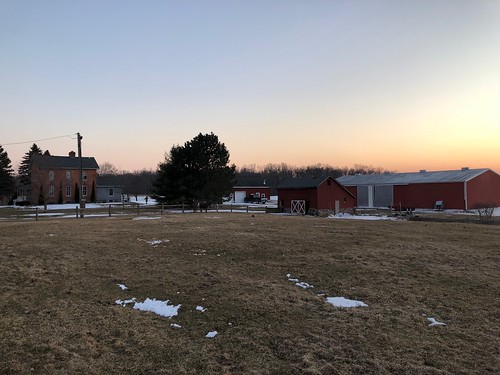 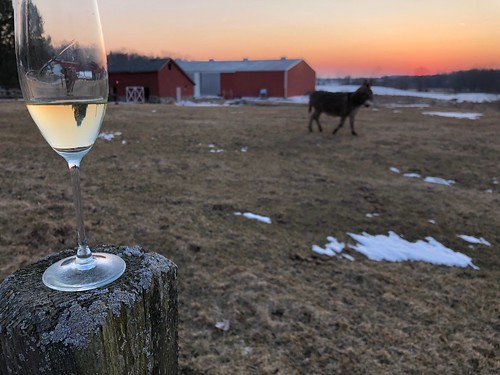 Thinking about all the things that have happened since the first time I did this back in 2012. 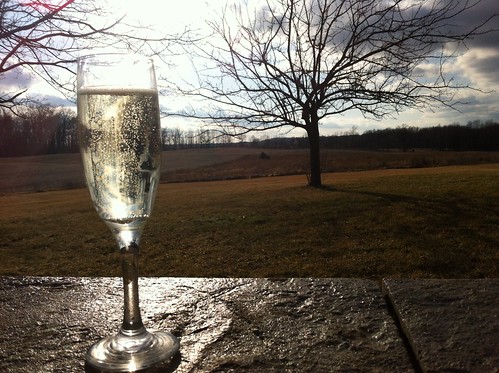 After seven years, I’ve learned enough to know the best years are never behind me, but that the years in front of me may look far, far different than I ever envisioned.

I’m so grateful for this place, and every year I take a little time to remember that. To reflect on what it has brought me. In the early years I was just grateful I found it, and some years I was grateful for all the things I accomplished on my own, or the things I managed to grow and harvest. But this year– seven years in– I’m particularly grateful for the relationships I have because of it.

I’m a loner by nature. I mean it legitimately rarely occurs to me that people might want to, like… come over and hang out? And yet…

I’ve made friends that are perfectly accepting of my slightly-antisocial behavior. They invite themselves over and insist on helping me plant trees… 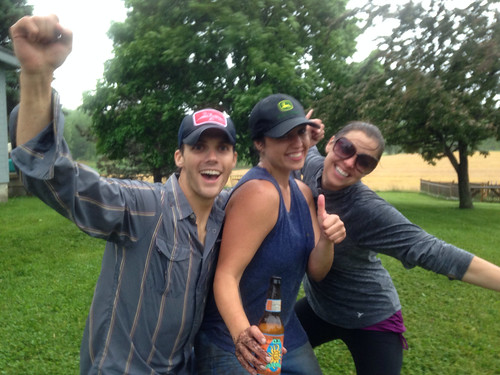 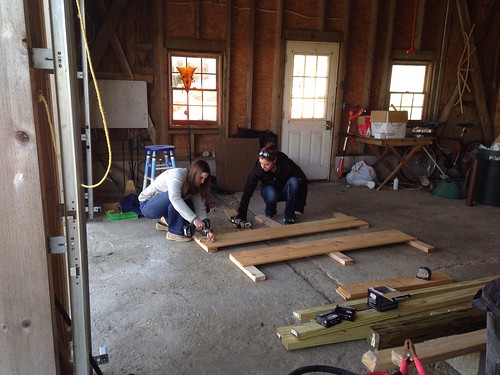 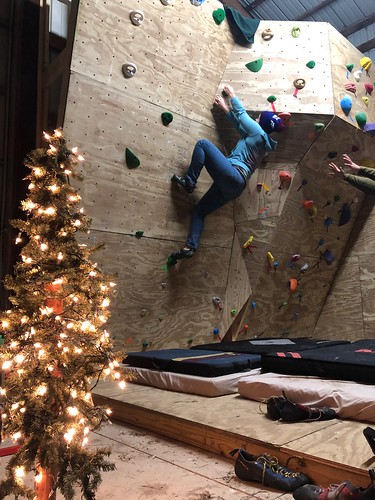 I have the best neighbors a person could ever ask for, whom I consider family (including their four honorary farm-dogs that come over to visit often)… 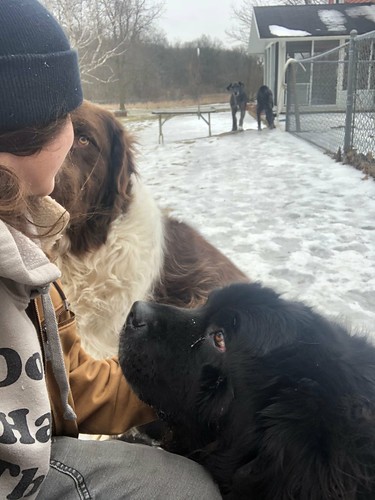 I have a blast with my mom, who now has a lake house just a half-mile down the road…. 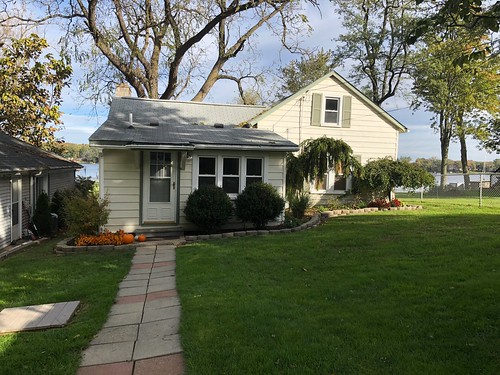 And, of course, she has the very best neighbors too.

Are we blessed? Absolutely.

But I wouldn’t have thought that seven-plus years ago. When I had to make the very difficult decision to leave a house I’d put all of my energy into building for a couple of years, and a relationship that wasn’t bad but also… wasn’t really good. When I assumed my best friendships and relationships were already behind me.

I wouldn’t have thought that when my mom went from the sad little single-bedroom apartment that she lived in for a decade (and legitimately had a drug addict break into once while she was sleeping) to buying a condo that she didn’t love.

And I won’t deny there’s a lot of luck involved in ending up where I am, but, also, there’s a hell of a lot of doing the hard thing. Over and over again. Of consciously not taking a “safe” or traditional path when I didn’t feel those things were right for me. Of learning to be open to connections with people, and–gasp!– occasionally asking for help (even when the openness and vulnerability makes me very very uncomfortable.)

There’s a cost to all of it. A hell of a lot of tough decisions, and calculated risks, and hard fucking work, and soul-crushing winters–dear god, the winters–but seven years ago when I first saw this place, I didn’t ask for it to be easy. I didn’t believe that it was owed to me, just because I wanted it. What I said to myself (and the universe) was that  I would work as hard as was necessary to deserve this place. And I’m grateful every day for the chance.

So, that’s where I’m at right now. Coming off a year that made me stronger in ways I hadn’t asked for. Knowing the work will continue this year–that the farm will ask more from me, and challenge me in new and different ways– and that it will also bring so many gifts (and people) into my life. And being grateful for all of it.