Down, Out, and Taking Off

Most days when I sit down to write, there’s a narrative just sitting there waiting for me to put words around it. You know, progress on a project, a particular insight about farm life, or, if it’s been a really good day, maybe a new tool to gush over.

And there are other times, you guys, when a weekend is over and I’m just left sitting there staring blankly at my computer screen…

Like I don’t even know what the shit just happened, and what the hell am I supposed to say about it?

That’s exactly what’s going on here, just so we’re clear. If we were to boil the essence of my weekend down to one example: this morning I left the house in a rush, collecting all the things I needed as I went—wallet, phone, lunch, coat, computer, keys—and I hauled it all out to the car and then looked down at the keys in my hand just before trying to put them in the ignition… 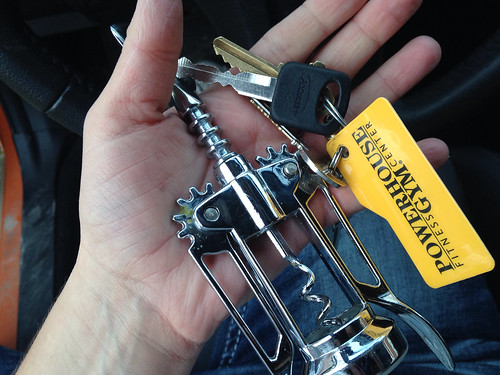 I wish there was a split screen version of what my face looked like in this moment. I don’t even remember seeing the corkscrew this morning, and yet, somehow, here it is in my car with me and my keys.

Now multiply that by a broken pickup truck and broken website, and that’s about the shape of things.

So, first of all, if you tried to visit the site over the weekend and got a 404 error, I’m sorry about that. I’m now on a first name basis with four of the lovely service techs at my hosting company, all of whom were baffled by why the site wasn’t working, and by the fact that I’m hosting this thing on a ten year old server.

Thanks to everyone who alerted me on Facebook and Instagram to the issue. I probably wouldn’t have noticed until Sunday night if you hadn’t because at the same time the site went down I was trying to bring my truck back from the dead. 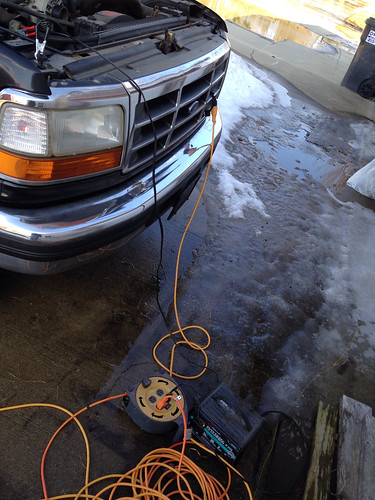 Next winter I’m going to join the ranks of people who have both a diesel truck and a lick of common sense and hook the effing battery up to a trickle-charger. I almost always have to learn the hard way…. Which, in this case, means when I’m down to the very last flake of hay and have a couple of hungry donkeys making sad eyes at me from the pasture. 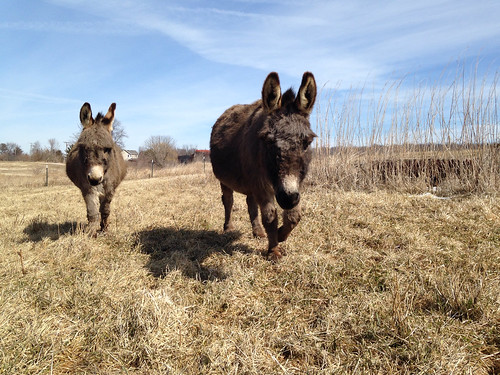 “Oh, look at how starving we are. Let me lick your jeans to show you how truly desperate I am for nourishment…” 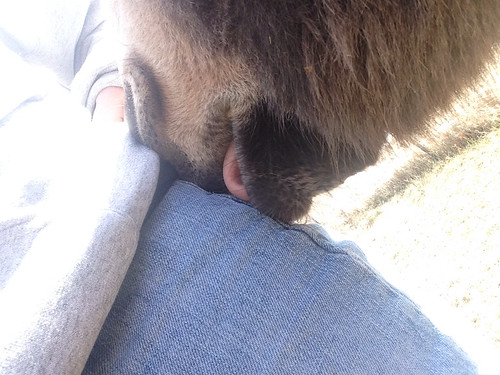 Little dudes have been on a diet all winter, and do you think they’re one jot less portly? No. They are not.

But diet or no diet we were still fresh out of food, so I was epically relieved when I managed to get the truck started AND find a farmer who was just sitting around on a Sunday afternoon waiting for some girl to call in desperate need of hay. 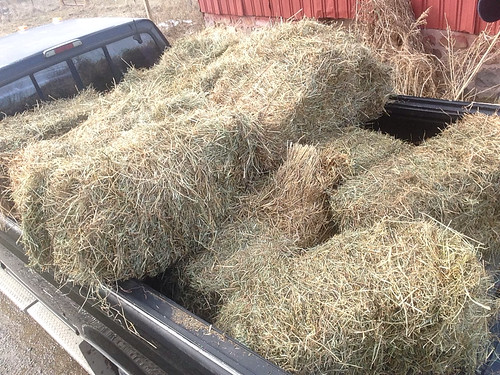 Holy shit, is that a relief. 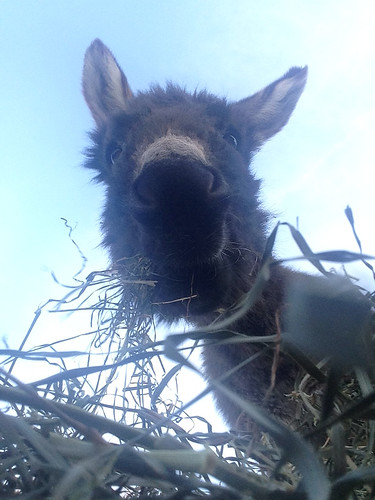 There might have been a time in my life where stuff like this would tip my precariously balanced sanity right over the edge, but if there’s going to be a lesson in today’s story, let it be this: after a decade of DIYing the question for me is no longer “will it get fixed?” It will. It never doesn’t get fixed, in one way or another. I know when the site goes down I’ll get it back up (I’ve got backups on top of backups at this point) and I know when the truck won’t start I’ll get it running eventually (I’ve got an awesome neighbor who knows a lot about engines.) These days it’s more of a patience game… how long will it take me to figure this out, and how many bandaids will be required by the time I’m done?

And, listen, even though it’s no longer a question of whether or not I can do something, my happy-dances are no less enthusiastic when I actually do.

The fact that everything is up and running again is good news, but the great news (for those of us in Michigan at least) is that THE SNOW IS GONE. 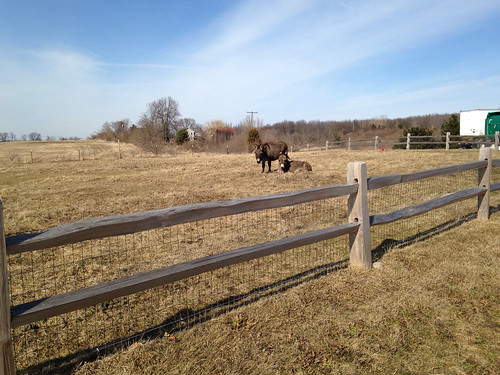 This is pretty epic as far as the farm goes. The animals are finally out and about… 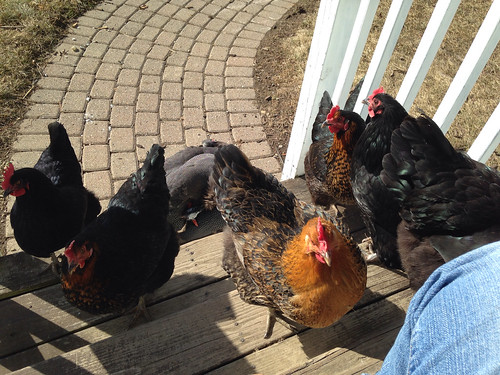 All the barn doors are un-frozen. The exterior spigots work. There are even the beginning of some garlic shoots in the garden. 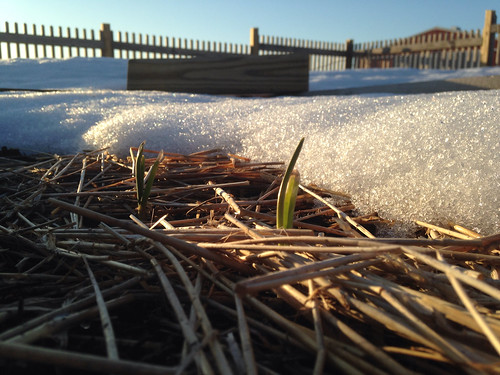 I am so damn ready to start working outside again. Getting the new garden beds in (10 of them), putting in fruit trees (and grape vines) and making some progress on the pergola are at the top of my list. 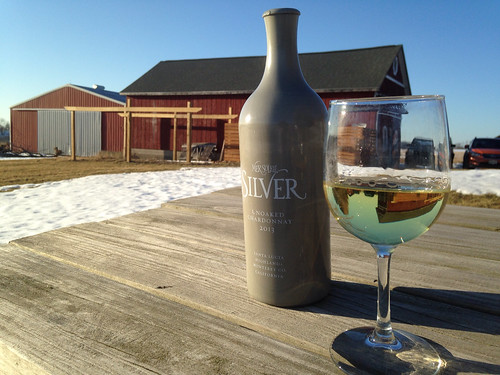 Right? Yes. Except I know what everybody is thinking… BUT THE BATHROOM. 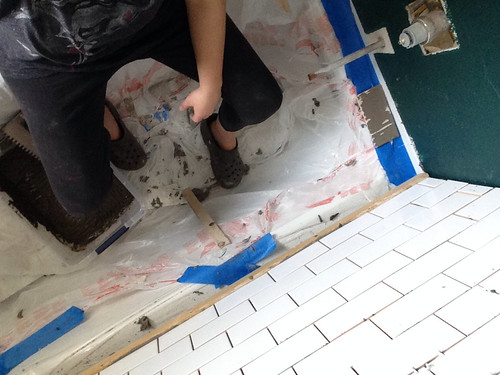 And don’t you worry… I got a couple of hours in on the tile this weekend too. While it’s no longer a high-priority project because it’s freezing out and I want to take a hot bath already dammit, it’s become an even higher priority because there’s only one working bathroom in my house currently and, for the first time in maybe 15 years, I have a legit roommate.

(It feels like there should be some kind of story there but the truth is I had a friend who needed a place to stay, and a.) I have a 3000 square foot house… even with half of it torn up it’s more space than two people can reasonably take up. Also, b.) I’ve had a slew of creepier-than-normal dudes make an appearance in my life of late, and it’s kind of nice to have someone in the house when I’m not there.)

And speaking of not being around, I’m doing something strange and uncharacteristic and leaving the farm for a whole week next week.

I know, right?! I haven’t done that ever in the history of owning the farm, and really probably not in the last ten years.

I’m significantly less stressed out about this than I would normally be because of said roommate, and I’ll be spending time with a whole bunch of my extended family on a beach. These are all good things, but you know, if I was going to spend four nights and five days in paradise, for me that would really be right here… 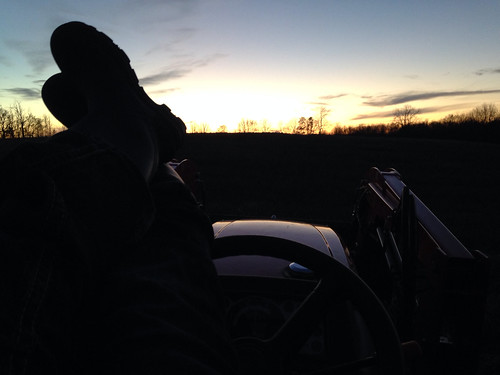 I don’t long to escape on vacations because I’m pretty effing happy where I’m at.

But, since I’m going to be going to be on a beach without any access to power tools instead of drinking beer on my tractor, I fully intend to read no less than a dozen books to keep me from going stir-crazy. If you have any recommendations for good beach reads, let me know.

PrevPreviousLiberty House: Master List (2015 Update)
NextWherein I Am Not The Crazy Bird Lady, I SwearNext