Intellectually I understand that the end of the growing season is just a part of the natural cycle of things around here. I lived in both Hawai’i and Florida for several years when I was younger, and the lack of seasons was… disconcerting. (Okay, honestly, it might have made me a little crazy(ier).) So I actually really appreciate all of the seasons, but the end of the garden is still always a bit melencholy.

It means no more snacks from the back yard, no more delicious tomatoes to eat straight of the vine, no more handfulls of fresh-picked strawberries or raspberries when I’m in the mood for something sweet. The back yard starts to look barren, and it means from here until spring I’ll spend most of my time outdoors either shoveling the snow away from the barn doors or cleaning out the donkey stall instead of walking around my garden paths, drinking wine and eating fresh-picked green beans. 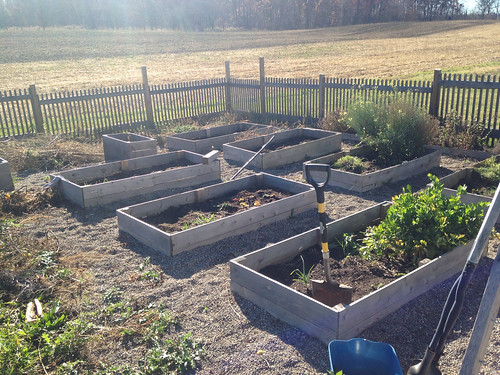 The fact that I don’t get those things year-round makes me appreciate them a hell of a lot more. I know this (even though I still get a little salty when it’s over) so I try to be actively grateful for all the wonderful things that come from my garden, especially at the end of the year when I find some surprise broccoli to snack on… 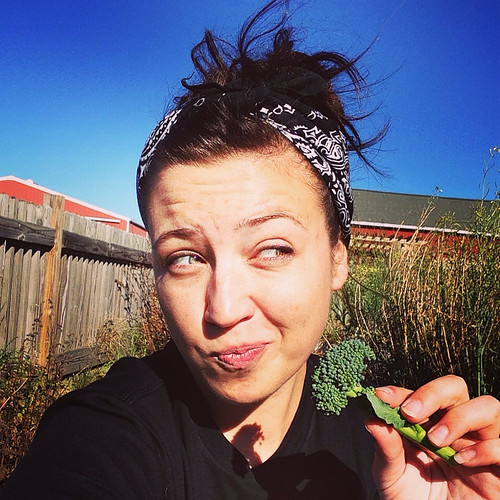 And, even better, surprise carrots! (That I forgot I planted.) 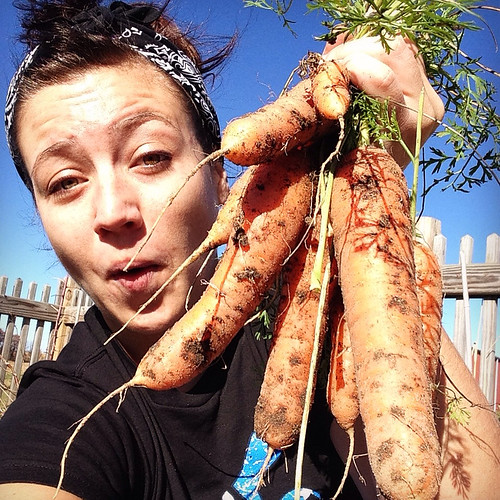 The end of the growing season this year has been full of all kinds of wonderful surprises. Like the glass-gem corn that I planted this year and (I thought) totally failed to grow… 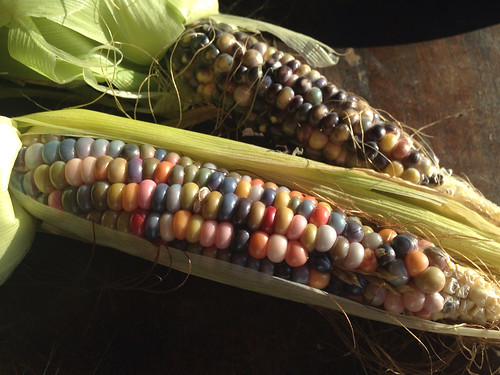 Turns out all the tiny corn stalks were just hidden by all of the MASSIVE weeds in that part of the garden this year. But I found a few after the weeds died off and got just a few little ears of corn that I’m hoping got polinated and can be re-planted next year.

Garden clean-up includes a fair amount of weeding, cutting back the perrenials, pulling the dead annuals out of the beds, and my favorite… 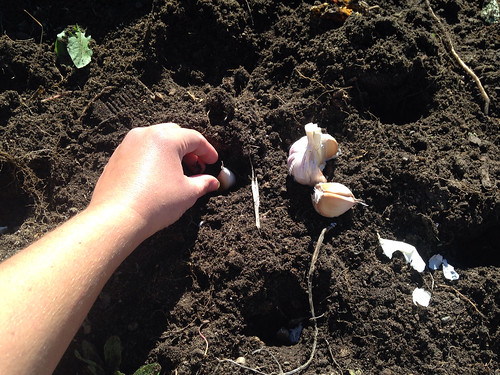 Planting garlic for next year.

Now that all of the “things that needed to be done before winter” are taken care of I have a bit of time for reflection on this years garden, and what I hope to grow next year. So here’s my recap on my 2015 garden… the good, the bad, and the ugly.

First off, parts of my garden legitimately feel “established” finally. Like the strawberries that have been spreading for a couple of years now. And the raspberries that had a fantastic second year… 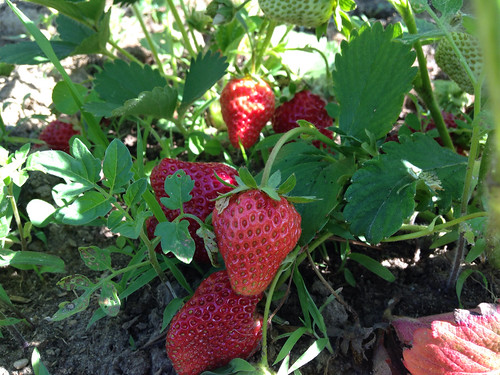 Plus the mint, oregano, chives, and lavender that all came back for a second (or third) year this year.

I also had fun with a few new plants, like radishes! 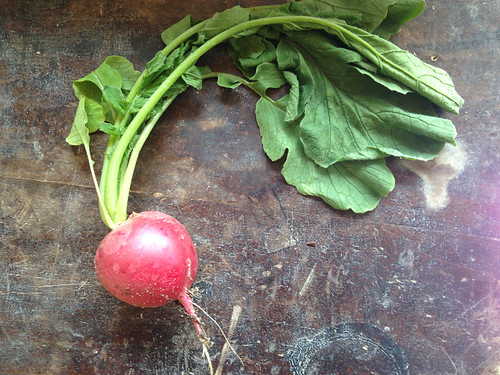 These are a new garden and kitchen favorite. Radishes in egg salad are the best… 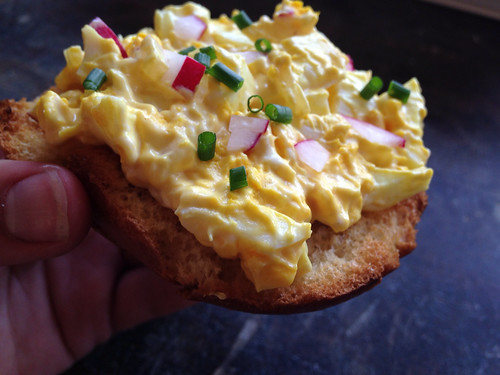 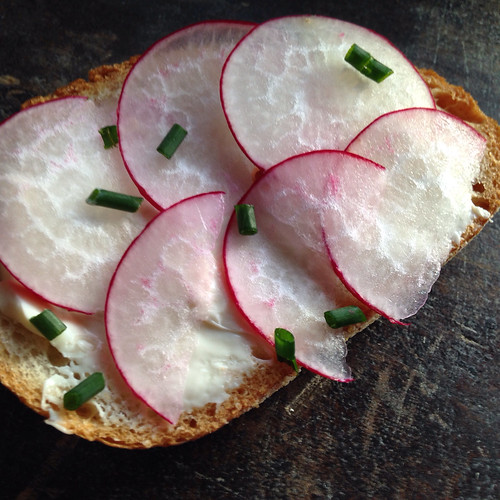 Plus my tomatoes did way better than last year (but not as good as my first year.) Still, I ate a lot of tomatoes-garlic-and-balsamic with my eggs this year… 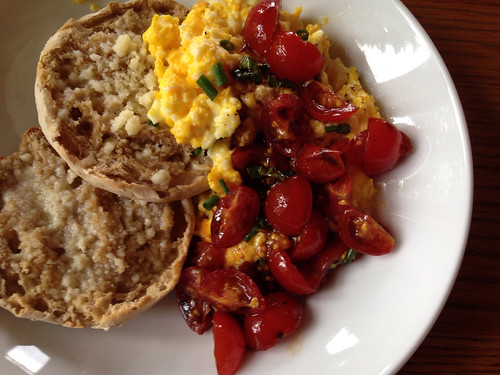 And the cucumbers and broccoli made for great salads. 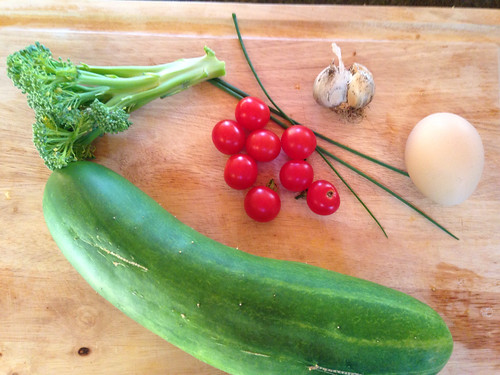 (I shared three of my favorite cucumber salads last year, still loving all of those.) 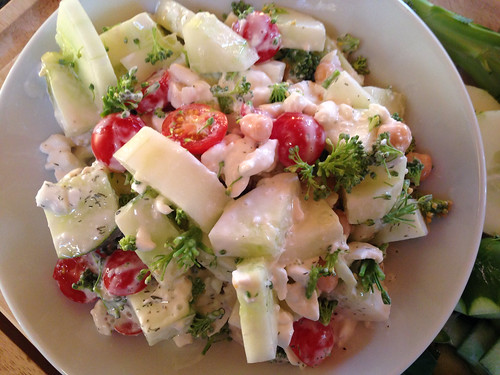 All in all I had a way better garden this year than last, but it wasn’t all pretty and delicious…

Well “bad” might be overstating it. Last year I had 14 tomato plants that got the blight. That was bad. This year was more like… somehow I forgot to plant two of my very favorite things in the garden.

Bush beans, for example, which are my absolute favorite. And last year I somehow planted green beans on the vine instead, which weren’t nearly so good. So I’ve been without my favorite eating or snacking bean in my garden for years now. So dissapointing.

I also wanted to plant all kinds of squashes this year. Acorn, butternut, spaghetti, pumpkin. I love squash. But that didn’t happen either because by the time I got the “new” raised beds in the ground (and never actually got them filled) it was too late for squash planting.

(The sunflowers I planted on that side of the garden did surprisingly well though… so that’s something.) 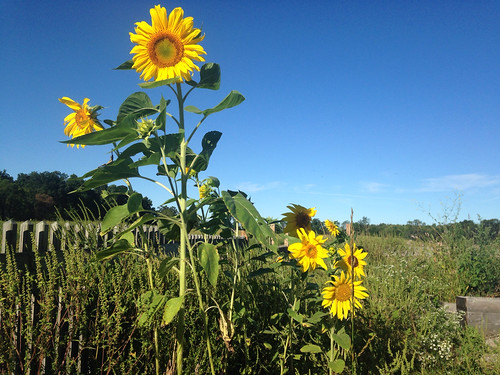 So I have a few things to work on next year as far as getting organized, getting the right things planted, and figuring out what I need to do to the soil (and with the weeds) to get my corn to grown. And while this was a little disappointhing this year, it wasn’t the worst of it…

Here’s the real problem I’m having with the garden, and the reason it has created about as much stress in my life as delicious food for the last two years… 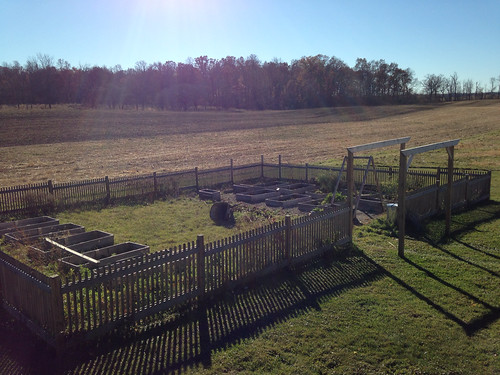 And it’s not just not done, it’s like every day that it’s not done makes it harder to finish becase the fucking weeds are taking over. Every day. But I’ve planted enough stuff (and also now have the bees to worry about) so I can’t just spray the whole damn area and start from scratch. In some ways I feel like the garden is my nemesis…

Here are some big mistakes I’ve made with the design of the garden:

It took a serious amount of willpower to build and install five of the 10 remaining raised beds this year, and, because I didn’t take into account that the garden isn’t actually square, I measured off the wrong side of the fence and now they’re crooked… 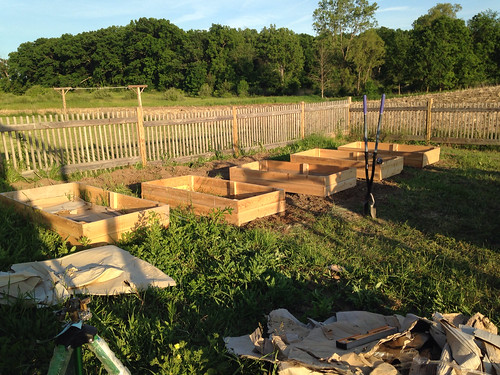 This picture doesn’t really show the part that makes my eye twitch, but it’s enough that I’m probably going to pull them all back out of the ground and re-set them, and I just couldn’t bring myself to do that this year.

The good news is that I got a ton of other outside projects done this year… enough that I can actually spend the majority of next spring and summer trying to whip the garden into shape (and I’m seriously considering hiring help as well.)

Okay, so there are some parts of this that are absolutely driving me nuts, but I’m also really excited for next year. I’ve got some big plans that include:

It’s rare that I check all the things off my list for any part of the property in a given year, but even if I can tackle the first three of these I’ll be in way better shape by this time next year. So, here’s to a short winter and getting back out there in a few months!