Okay. So. There’s been enough going on around here that I can barely wrap my arms around it all, much less tell a coherent story about it…but I guess if we’re going to start somewhere, we should start with the guineas. 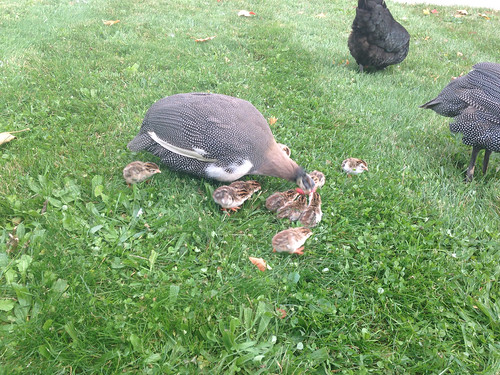 Fair warning: This is not a story with a happy ending.

Two weeks ago this was all pretty exciting. I mean, in no way did I want 14 more guinea hens living in my barn all winter, much less on the property forever, but once these little balls of fluff were here, I couldn’t help but want to keep them around. 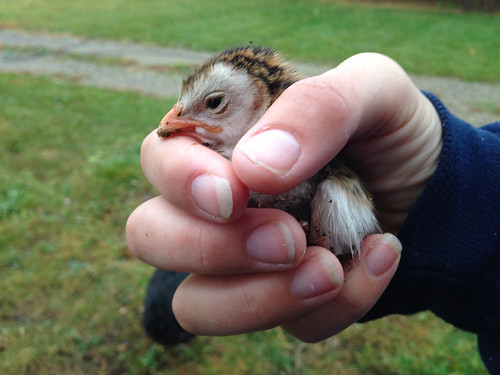 How could you not?

But they also added a lot of latent stress to my life. Like, there are things in life I cannot do anything about and I choose not to worry about them, and there are things in life I can (and should) do something about and I choose to handle them… and then there is shit like this that that falls right in the middle. Like, did the guinea mom know what to do, or should I intervene? Were the chickens going to kill the keets? Should I set up food and water for them outside the barn? Was it going to be too cold? Etc., etc., etc.

Yes. All the things.

You also have to understand that When I was a kid and it rained I used to make my best friend help me pick up all the worms off the driveway that had been partially run over and perform surgery to “save” them… so this is where I’m coming from. It’s taken a fair chunk of my life realize and accept that sometimes I just need to let nature do its thing, and sometimes that means the weakest birds die.

I’m still not at the point where I can just sit there and watch them die though, so on more than one occasion I scooped up a “straggler” that was crying pitifully in the grass while mom was already on the other side of the house and warmed it up under the heat lamp before putting it back out with the flock. 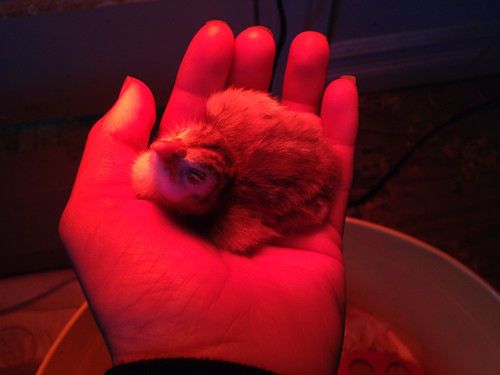 Still, Friday morning I counted the chicks after they were all up and out of the barn, and there were only 9. From what I can tell nothing was “getting” them, they were just falling behind, getting cold, and eventually dying. One by one.

Last Saturday morning there were only 5 keets left.

One was dead in the grass outside the barn, two were dead in the “nest” the mom had made in a corner of the barn. Of the 5 left, 3 had “droopy wings” and were stumbling around like they were drunk. And this is the point where I was like, “Oh, fuck Darwin and the finch he rode in on… I’m saving these birds.” So I tried.

I brought the stragglers in the house one at a time (and had to go a round with mom to get the last one even though it was dying right in front of her.) 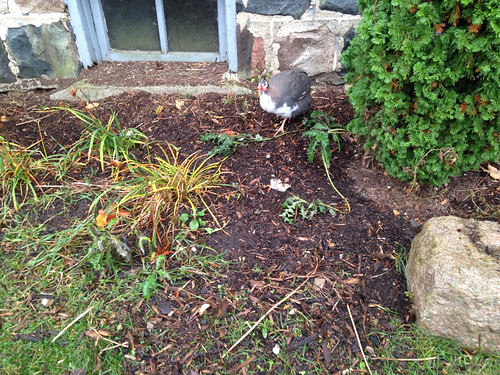 Once they were in the brood box, I dunked all of their beaks in the water trough so they knew were to get a drink, and holy shit, I’ve never seen little birds (or any animal) drink like that before. Clearly mom hadn’t shown them how to get water in the barn, so I wouldn’t be surprised if many of the babies that died earlier had been dehydrated. 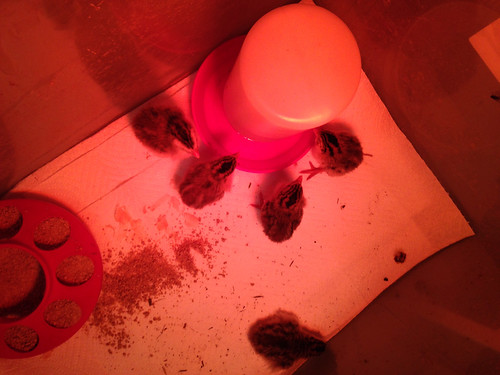 Four of the five perked up after water and some time under the head lamp, but they were used to free-ranging and mom showing them what to eat, and I couldn’t get them to try to chick feed. So. Plan B. 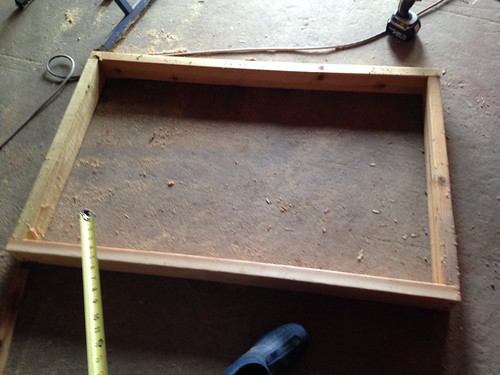 At this point I had 2 hours before I had to leave for a 3-hour drive to my best friends bachelorette party and I decided that I could build a brooder in the barn, get showered, and pack for an overnight trip in 90 minutes.

Of course I did.

And it worked… kinda. I built the box out of scrap I had lying around. My thought was with the heat light on them they’d stay warm, and mom could fly into the box and show them how to eat, etc. instead of dragging them around the property. 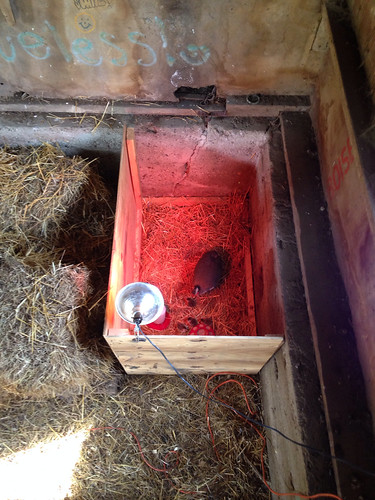 As soon as mom heard them, she was in there in a flash, and she did get them all warmed up, but inside of an hour two more of the babies were dead.

So, the remaining three babies came back in the house while I got ready to leave, and my mother comes up to stay the night with what has to be the loudest three little birds I’ve ever personally experienced. (Also, let’s once again acknowledge how awesome my mom is to come up to the farm at the last minute for bird-sitting duty… I’m lucky I’m her only child so that she doesn’t realize how weird and ridiculous this is.)

Anyway, I leave my mom alone in the house with three loud little birds that seem to be doing fairly well…

Then 30 minutes into my drive she calls me. One bird is dead and another one is struggling. At this point she tells me she decided to pick the struggling bird up and it’s sitting in her lap while she sings to it.

Let me tell you, there are so many ways in which I am just a younger and slightly more female version of my father. But this thing– the singing to a dying bird thing, or trying to save the worms, or probably a lot of what makes me want to be a good steward to the land and animals I care for around here– that’s all from my mom.

And, after calling me to give me the status update on the birds she texted me 10 minutes later with this:

“Well, I thought it was just content sitting in my lap, but it turns out it died with its eyes open.”

I know, I know… that really shouldn’t be funny, but it still makes me laugh. Every time. That is just so my mom.

In the end, none of the little nugs would have made it past Saturday morning with their mom, and none of them made it past Saturday evening with our “help”… so. I’m not sure what exactly the problem was, but I expect the late timing/cool temps and the fact that they weren’t drinking water early on probably had something to do with it. And I’m sure there’s probably a life lesson (or at least a farm lesson) hidden in there somewhere, but in the end I buried them all out in the field. 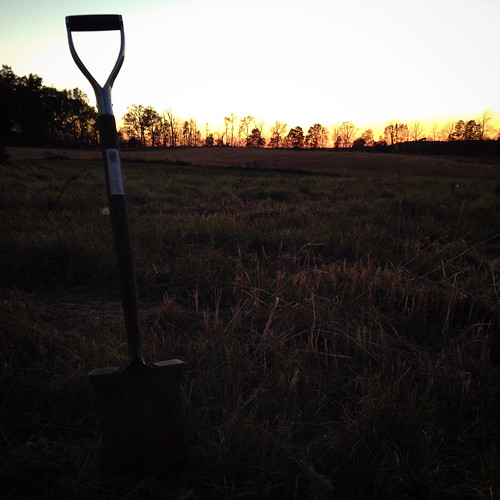 Which seems a bit strange to do for a bunch of little chicks, I know. I wasn’t memorializing them or anything like that… I just like the idea that all the little building blocks that made up those birds came from this property, and now they’re a part of the land again.

And life goes on.