To be fair, I’m not sure that getting a project 90% of the way done in this house is a “miracle” by any stretch, but this bathroom in particular has been sucking the life out of me one rotten layer of subfloor at a time for the last three years. 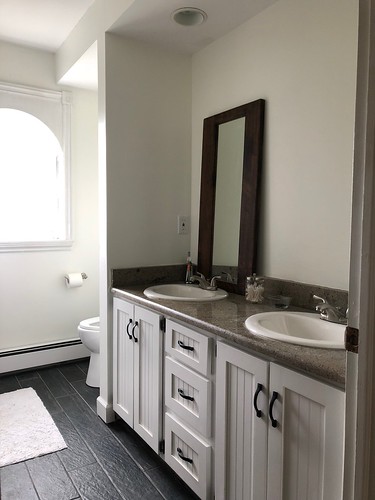 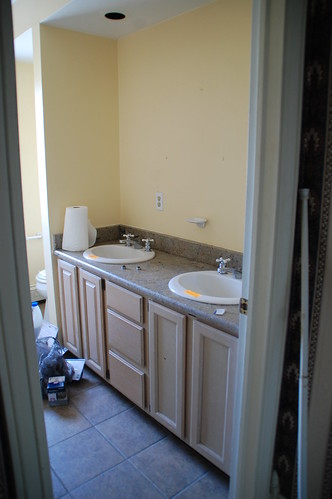 It’s been a little while since I last checked in on this because back when it was still snowing (that was literally just a month ago, because Michigan) I took a small (3 day) break from life to climb some very big hills, camp on a beach, and then I started a new job for the first time in a decade. So April was kind of a month for me.

Not a bad month, just intense. 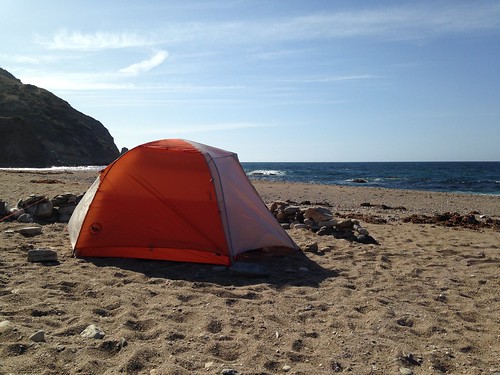 (You can’t tell, but there are 35MPH winds trying to take down my tent in this picture, which is pretty much a metaphor for my life over the last few months.)

And just as soon as I got back from the beach and got settled in to my new work routine, spring finally happened on the farm. Which means we went from snow to foot-high grass in about 3 weeks. Weeds. A garden that needed to be planted. All the fun stuff.

Which is why the bathroom made it to about 90% finished but, you know, still doesn’t have an actual door.

Here’s what it does have though. 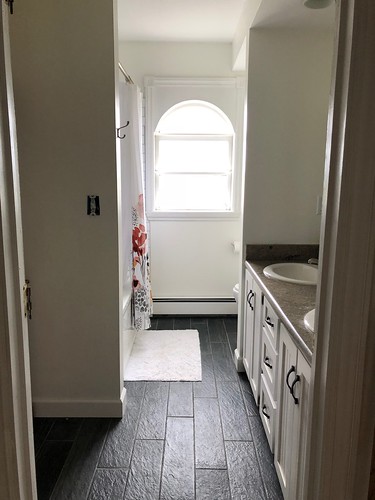 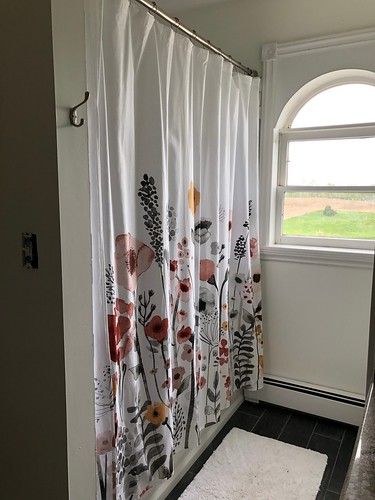 (Shower curtain from Target. I have this thing where I mostly hate shower curtains, but I really like that one.)

3.) A working toilet, that is not leaking into the subfloor. 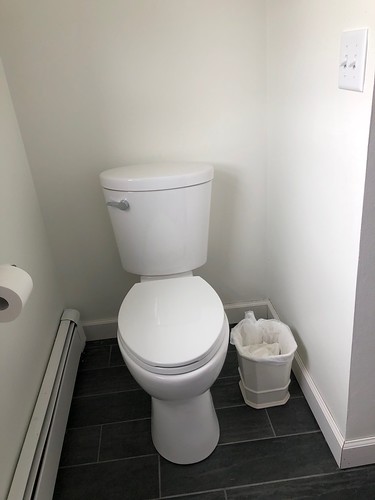 4.) This amazing barnwood hutch (that I did not make, I got it on Etsy here) where there once was a closet. 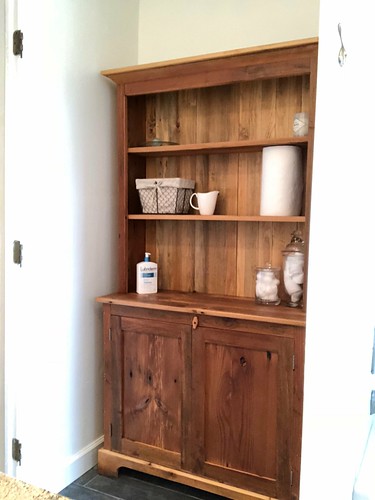 5.) A nice, smooth ceiling! (I realize this is not exciting to anyone who didn’t spend actual years of their life patching holes in this damn thing. But since I did, it’s damn well exciting to me.) 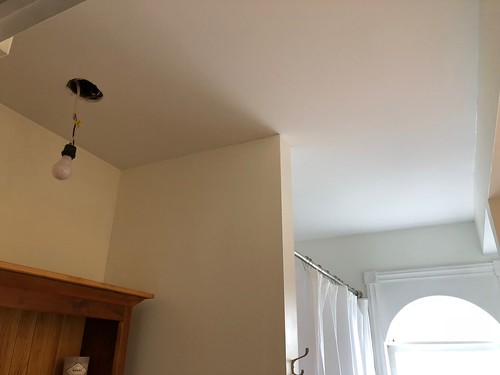 There’s still a fair amount of “finishing touches” that need to happen though, including:

But even as-is my mom was right… 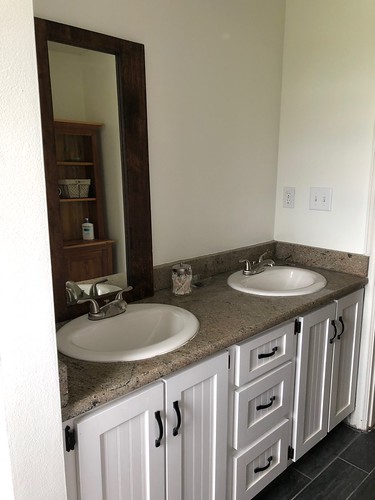 Having a functioning bathroom upstairs really was a game-changer as far as quality-of-life goes around here!

PrevPreviousCreating a Small-Space Home Gym
NextSpring on the Farm: 2018Next