Update: Five shots later (one in both arms, both ass cheeks, and an upper thigh…) Rest easy. I’m not dying of the rabies this week. Also, that is my arm. Not an ass cheek.

I pretty much asked for this… 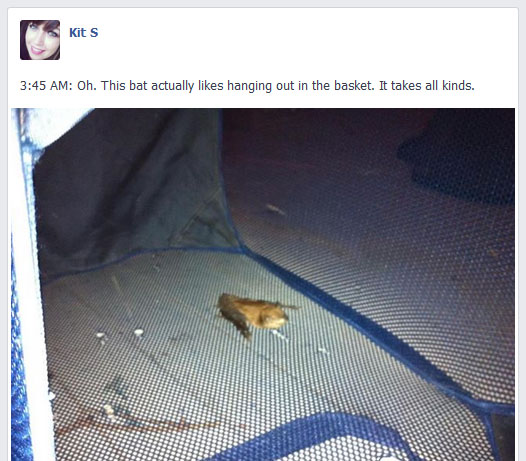 Here’s the thing, I’m not entirely sure that the second bat wasn’t actually snuggled up in my covers for part of the night.

So… rabies shots, anyone?