The thing I worry about most as a person who has been telling stories on the the internet for the past decade is… well, actually, when I’m single I worry a lot about dudes who are interested in me* that I don’t want to date finding this website and being able to keep tabs on me for the rest of eternity. That is so goddamn creepy. The good news is my dad got me an AR-15–and what he calls a bug-out bag–for Christmas… 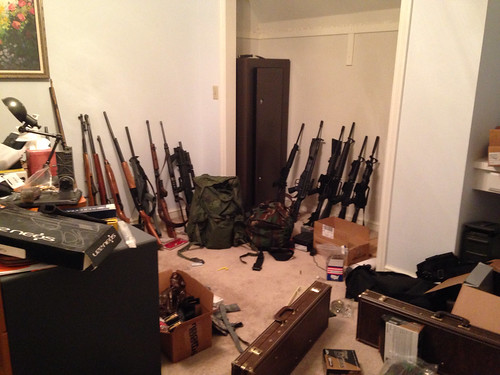 So I’m totally prepared for a.) the attention of unwanted suitors, and b.) the motherfucking apocalypse. 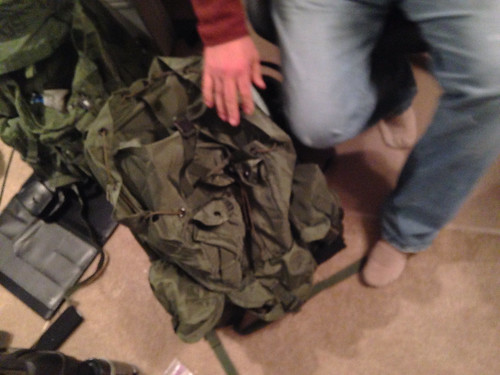 And, actually, that’s all true, but it wasn’t what I was originally going to say. I was going to say I worry a lot that I’m telling an unrealistic story. That people will read about things I’ve done and think, “I’m not that motivated” or “I don’t know how she gets that much done” or something else that makes me out to be a much better version of myself than I actually am. Or that makes people feel “less than.” Because that’s bullshit. I’m just as human as anyone– which means some days I’m funny and some days I’m not. Some days I eat oatmeal out of a measuring cup because I can’t find the motivation to be an actual adult and do my dishes… 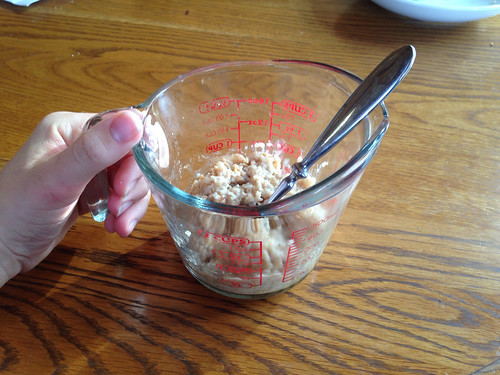 Some days I stay up late working on my house, and some days I just crash. Like I cannot motivate myself to do anything than lay on my bed and watch back-to-back episodes of Star Trek for hours. True story.

But when I’m motivated and doing things, well, that’s what makes a good story, so that’s what I write about. That’s what you read. And you could easily get the impression that I’m always like that.

Last week, for example, I was bound and determined to have the tub-surround ready for tile by this weekend. So after work, and, occasionally, the gym, I did stuff like mud the seams of the tile board… 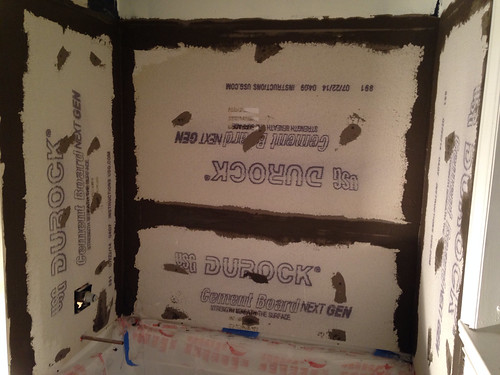 And say up until 1:30 in the morning rolling a waterproof membrane on the surround… 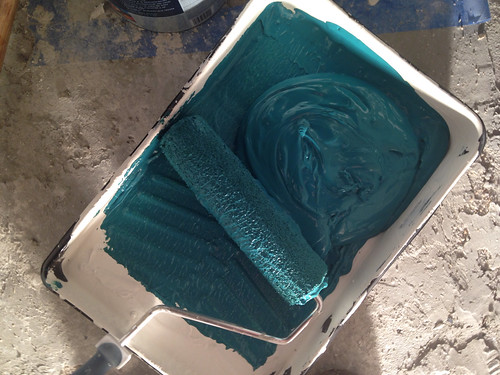 (More on this later… I have a whole post drafted on tub surrounds.)

I also bought tile after work this week, and tortured a poor dude who works at The Tile Shop in the process. (They didn’t sponsor this post, they’re just close, and I get a contractor discount there, and they usually have good tile on-hand.) 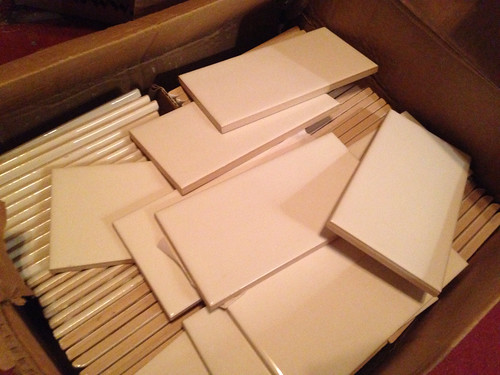 By the way, a thing this “hour a day” commitment to working on the bathroom has taught me is that when I use that hour strictly to focus on a house-project, I don’t do other things… like laundry, or dishes, or thoroughly washing the paint out of my hair. 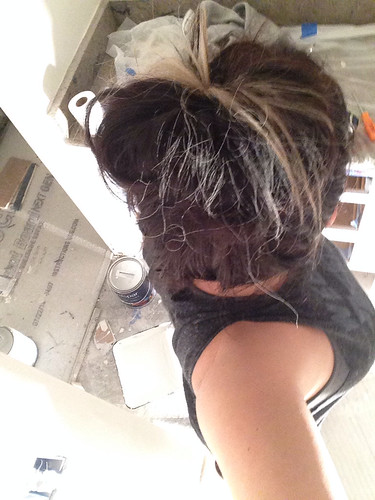 So, anyway, I got through the week, fully intending to kick some house-project ass on Saturday. I even made sure to imbibe a minimal amount of beer on Friday, got home early, and got a good night’s sleep.

Since my trainer (who, along with his wife and adorable son, are also a part of the collection of awesome people I know) was going to be in town to school me on some weight-lifting things on Saturday, I decided to spend the morning putting my life back in order. Figured I tackle some long overdue farm chores, do a  little laundry–maybe wash a fork or two–go lift some weights, and then come home and rock out with the tile.

And I did almost all of that, up to the weight-lifting portion of the day. But then I came home, went straight to my bed, and took a four-hour nap.

My body just shut the fuck down.

Even when I got up to do my evening farm chores my feet were dragging, my hands were uncoordinated, I laid back down twice after that before finally “getting up.” That’s a real thing. Just being wiped out from a long week and a lot of late nights. Just needing some rest for no appreciable reason.

The hardest thing in the world– for people like me, at least–is to just give yourself grace on days like that. To just say, okay, yes, I really want a finished bathroom and I need to get working on the tile to make that happen, but right now, I also need to rest.

Rest doesn’t make a good story. It doesn’t make good facebook statuses, or instagram photos, or blog posts. Sometimes it feels lazy and unproductive. It’s easy to gloss over downtime by saying “I was too busy to write” or some other such bullshit, instead of just telling the truth.

The truth for me is this: I love doing projects. I do. I get so much energy from building a new thing, or staring a new project, or fixing something up. But some days I also love relaxing. Just taking it easy, sitting with my computer on a couch, watching One Man’s Wilderness, drinking a bottle of wine, and writing a post that is basically about nothing.

But you’ll forgive me for the nothing part, because also… 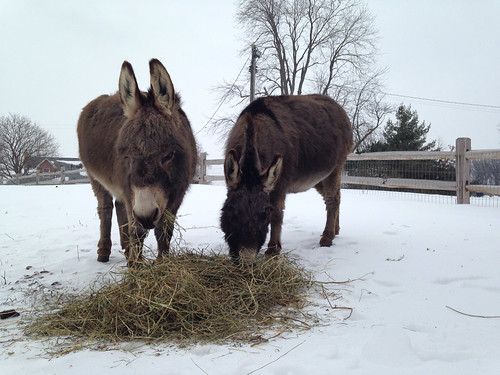 Right? They win every time.

*Just so we’re clear, I’m not talking about any of my ex-boyfriends here. My exes are awesome, and not just because they liked me (or put up with my shit for an extended period of time) but because they are genuinely good humans. Like, seriously, a collection of the most awesome dudes in the universe, and I love all of them… in a very, very platonic way these days.

PrevPreviousUpstairs Bathroom Progress: The Part Where It Gets Better
NextTile Progress, New Tools, and Ridiculous HeadgearNext